A House to Let. The Extra Christmas Number of Household Words, Christmas, 1858. 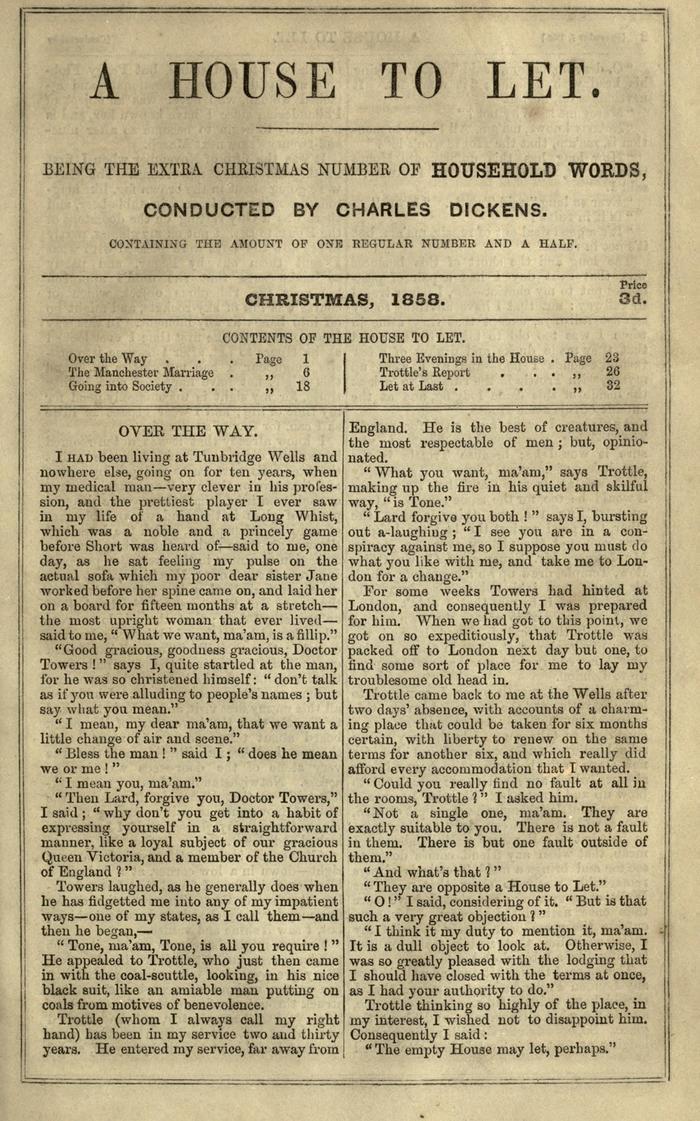 Elizabeth Cleghorn Gaskell, née Stevenson, (1810-1865) was an English novelist. She was born in London, the only surviving daughter of a Unitarian minister. Her father became keeper of the Records of the Treasury. She was raised in the Unitarian tradition which led to a marriage with William Gaskell, who was also a Unitarian minister. The union was a happy one and each took a keen interest in each other's professional life. They raised four daughters, and a son who died of scarlet fever. Her only brother John an officer in the merchant navy disappeared at sea. Both events figured prominently as characters or themes in her novels.

Her first novel, "Mary Barton", was published in 1848. It was a story about difficult industrial relations, featuring a strike and an assassination. the work was praised by the likes of Charles Dickens and criticized by industrialists. Dickens encouraged her to contribute to his weekly magazine, "Household Words", which gave her a wider audience for her work. From 1850 to 1855, she was close friends with Charlotte Bronte. After Bronte's death in 1855, her family commissioned her to write Bronte's biography, "The Life of Charlotte Bronte". It was one of the most celebrated biographies of the time and was widely praised but also fomented threatened lawsuits by some people mentioned in the book. She published "Cousin Phillis" in 1864 which was touted as her best work. (Oxford Guide to British Women Writers)