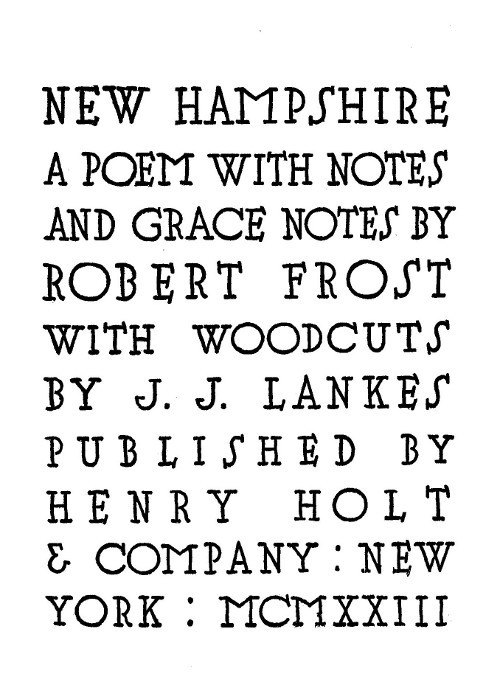 Robert Frost (1874-1963) was an iconic American poet. He is best known for his portrayal of rural American life centered on his own farming experience in New Hampshire. His notoriety as a poet achieved prominence with his publication of "North of Boston" (1914), which included some of his best known poems: Mending Wall, The Death of the Hired Man and A Servant to Servants. In Mending Wall, two farmers get together to repair a border fence. One farmer proclaims that the fence is unnecessary wheras the other says "good fences make good neighbours". Frost won four Pulitzer prizes and numerous other awards for his work. He read "The Gift Outright" during John F. Kennedy's presidential inauguration. (Benet's Encyclopedia for Readers)