Documents Relating to the Constitutional History of Canada 1759-1791, Part II 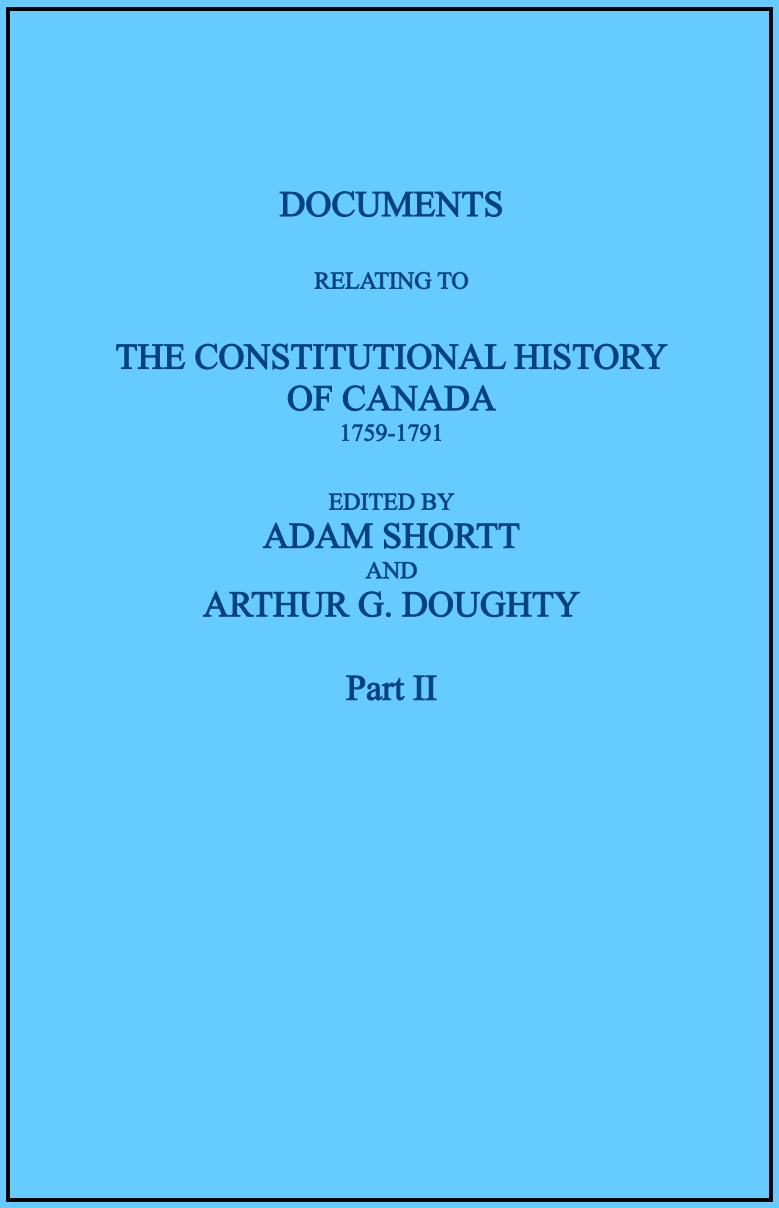