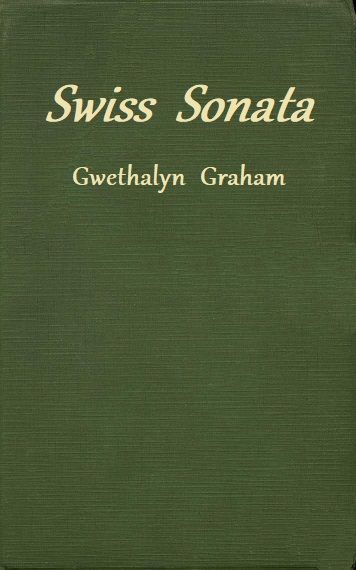 Gwethalyn Graham (1913-1965) was a Canadian writer. Born in Toronto, Ontario, she attended private schools of Havergal College and Pensionnat des Allières in Switzerland. Her first novel, Swiss Sonata was based on her experience at the school about 27 young women and teachers on the eve of World War II. The book won the Governor General's fiction award in 1938. She followed up with a better novel, Earth and High Heaven about a wealthy protestant woman from Montreal who wants to marry a Jewish lawyer from Ontario. The book highlights the upper class anti-Semitism in Canada during the war. Again she based it on her own experience when she wanted to marry a Jewish-Canadian lawyer. She won the Governor General's award in 1944 for the book. Graham worked as a journalist and she was a frequent contributor to MacLean's Magazine and Saturday Night. She died of an undetected brain tumour at the age of 52. (Oxford Companion to Canadian Literature)