Makers of American History: The Lewis and Clark Exploring Expedition, 1804-06 — and — Life, Explorations, and Public Services of John Charles Fremont 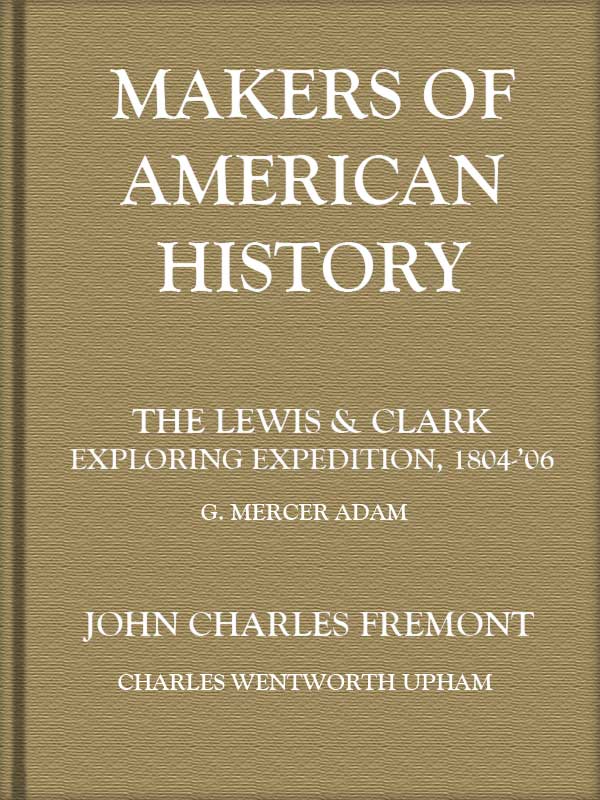 Charles Wentworth Upham (1802-1875) was an American politician and historian. He served a term in the U.S. House of Representatives for Massachusetts. He is notable for chronicling the Salem Witch trials. He also wrote a biography of John Charles Fremont, an American explorer of the Midwest which is available here on Faded Page. It is included as part two of a book also written by Adam Mercer. (Dictionary of Literary Biography)