The Man with the Pan Pipes 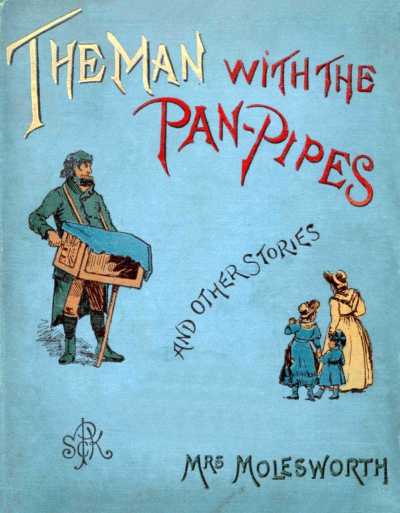 Mary Louisa Molesworth, née Stewart (29 May 1839 – 20 January 1921) was an English writer of children's stories who wrote for children under the name of Mrs Molesworth. Her first novels, for adult readers, Lover and Husband (1869) to Cicely (1874), appeared under the pseudonym of Ennis Graham. Her name occasionally appears in print as M. L. S. Molesworth.

Typical of the time, her young child characters often use a lisping style, and words may be misspelt to represent children's speech—"jography" for geography, for instance.

She took an interest in supernatural fiction. In 1888, she published a collection of supernatural tales under the title Four Ghost Stories, and in 1896 a similar collection of six tales under the title Uncanny Tales. In addition to those, her volume Studies and Stories includes a ghost story entitled "Old Gervais" and her Summer Stories for Boys and Girls includes "Not exactly a ghost story."--Wikipedia.