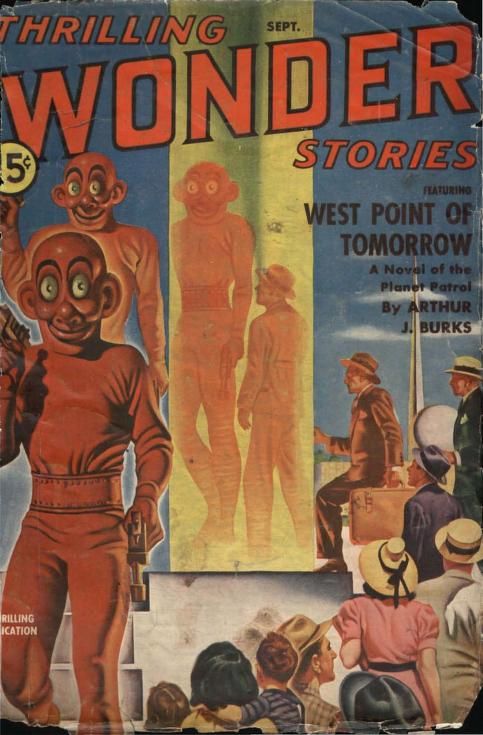 Ray Cummings (byname of Raymond King Cummings; August 30, 1887 – January 23, 1957) was an American author of science fiction, rated one of the "founding fathers of the science fiction pulp genre". He was born in New York and died in Mount Vernon, New York.

Cummings worked with Thomas Edison as a personal assistant and technical writer from 1914 to 1919. His most highly regarded work was the novel The Girl in the Golden Atom published in 1922, which was a consolidation of a short story by the same name published in 1919 (where Cummings combined the idea of Fitz James O'Brien's The Diamond Lens with H. G. Wells's The Time Machine) and a sequel, The People of the Golden Atom, published in 1920. His career resulted in some 750 novels and short stories, using also the pen names Ray King, Gabrielle Cummings, and Gabriel Wilson.