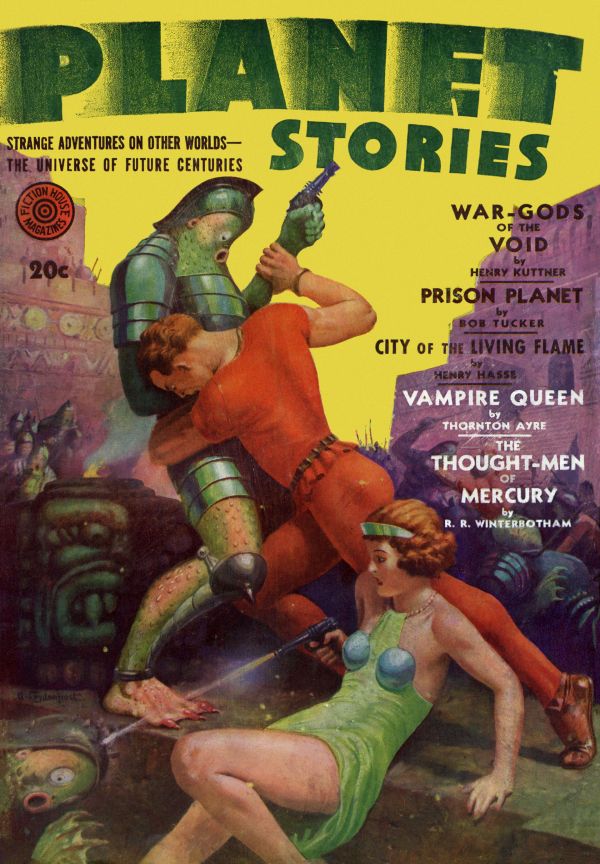 John Russell Fearn (1908–1960) was a British author and one of the first British writers to appear in American pulp science fiction magazines. Prolific author, he published his novels also as Vargo Statten and with various pseudonyms such as Thornton Ayre, Polton Cross, Geoffrey Armstrong, John Cotton, Dennis Clive, Ephriam Winiki, Astron Del Martia and others.

Fearn was a prolific writer who wrote Westerns and crime fiction as well as science fiction. His writing appeared under numerous pseudonyms. He wrote series like Adam Quirke, Clayton Drew, Golden Amazon, and Herbert. At times these drew on the pulp traditions of Edgar Rice Burroughs. His work received praise for its vividness, but criticism, being deemed "unpolished".