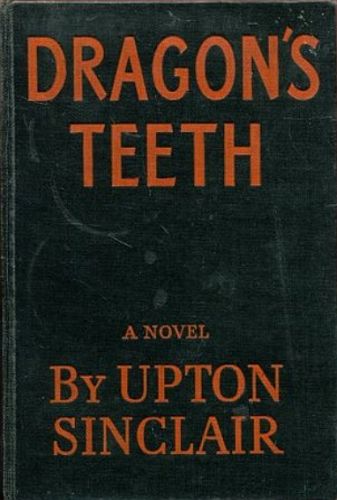 Upton Sinclair (1878-1968) was an American activist writer whose involvement with socialism led to a writing assignment about the plight of workers in the meatpacking industry, eventually resulting in the best-selling 1906 novel The Jungle. During the 1920’s, his novels fared far better than his unsuccessful political ventures of running for Congress on the Socialist Party ticket and the founding of the California chapter of the American Civil Liberties Union, with the 1927 publication of Oil! about the Teapot Dome scandal; and the 1928 publication of Boston about the Sacco and Vanzetti case. Eighty years after it appeared in print, Oil! would be made into the Academy Award-winning film There Will Be Blood. Sinclair later changed his political affiliation and ran unsuccessfully as the Democrat Party candidate for California governor in 1934.

In 1940, Sinclair published the historical novel World’s End. It was the first of what would be 11 books in the “Lanny Budd” series, named for the protagonist who somehow manages to be present at all of the most significant world events in the early 20th century. The 1942 installment in the series, Dragon’s Teeth, which explores the rise of Adolf Hitler and Nazism in Germany, earned Sinclair the 1943 Pulitzer Prize for Fiction.