Reflections in a Golden Eye 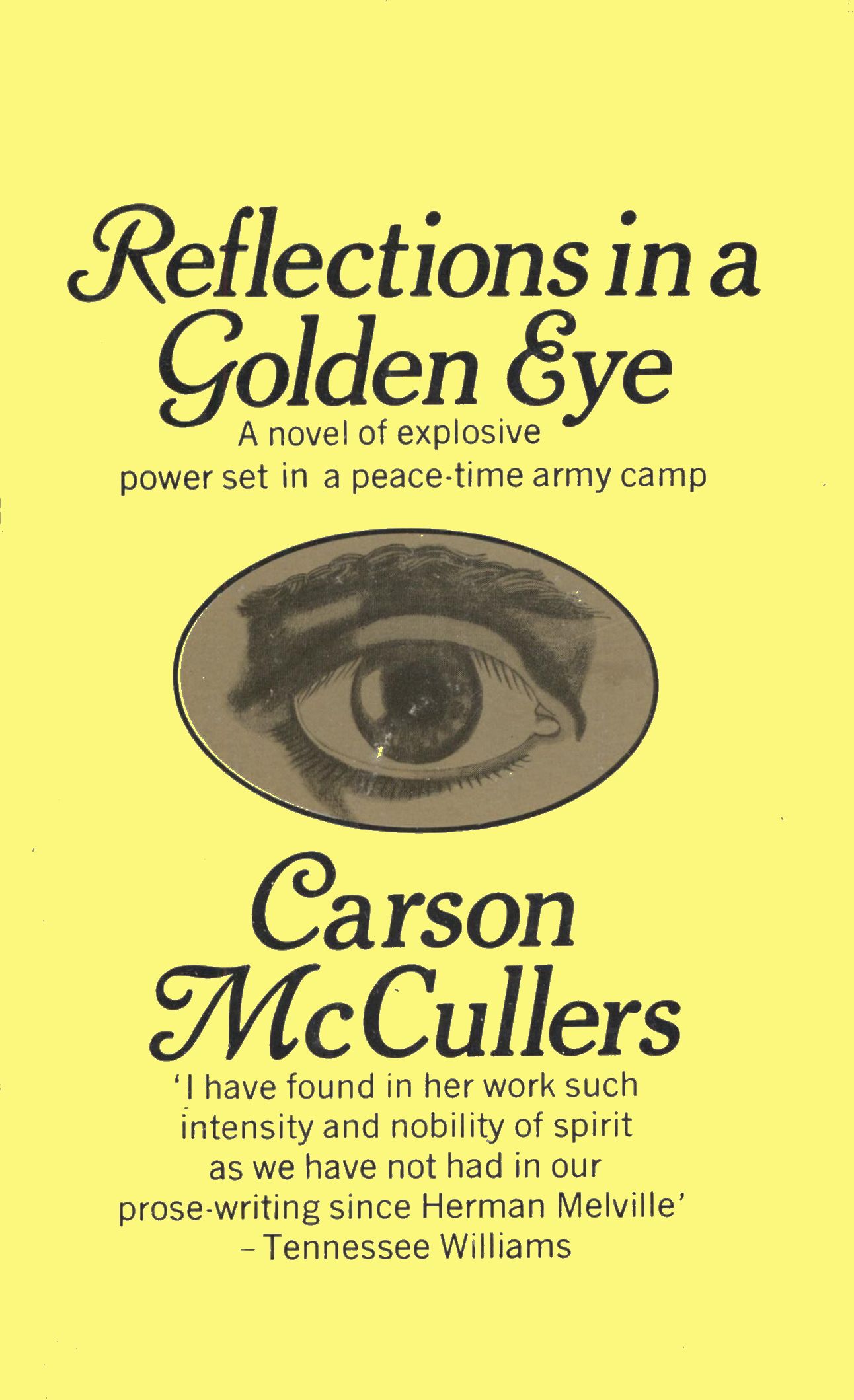 Carson McCullers (19 February, 1917—29 September, 1967) was an American novelist, short story writer, playwright, essayist, and poet. With a collection of work including five novels, two plays, twenty short stories, more than two dozen nonfiction pieces, a book of children’s verse, a small number of poems, and an unfinished autobiography, Carson McCullers is considered to be among the most significant American writers of the twentieth century. Her first novel, The Heart Is a Lonely Hunter, explores the spiritual isolation of misfits and outcasts in a small town of the U.S. South. Her other novels have similar themes and most are set in the deep South.

Of her books, the best known are The Heart Is a Lonely Hunter (1940), Reflections in a Golden Eye (1941) and The Member of the Wedding (1946). The novella The Ballad of the Sad Café (1951) depicts loneliness and the pain of unrequited love.

In The Member of the Wedding, McCullers describes the feelings of a young girl at her brother’s wedding. The Broadway stage adaptation of the novel had a successful run in 1950–51 and was produced by the Young Vic in London in September 2007. The original production won the New York Drama Critics’ Circle Award for the best play of the season.

Many know her works largely by their film adaptations. The Heart Is a Lonely Hunter was adapted as a film with the same title in 1968, with Alan Arkin in the lead role. Reflections in a Golden Eye was directed by John Huston (1967) and starred Marlon Brando and Elizabeth Taylor.

McCullers suffered throughout her life from several illnesses, including rheumatic fever and several strokes in her youth, and from alcoholism. By the age of 31 her left side was entirely paralyzed. She lived the last twenty years of her life in Nyack, New York, where she died at the age of 50, after a brain haemorrhage.