The Story of the Upper Canadian Rebellion Vol. 2 of 2 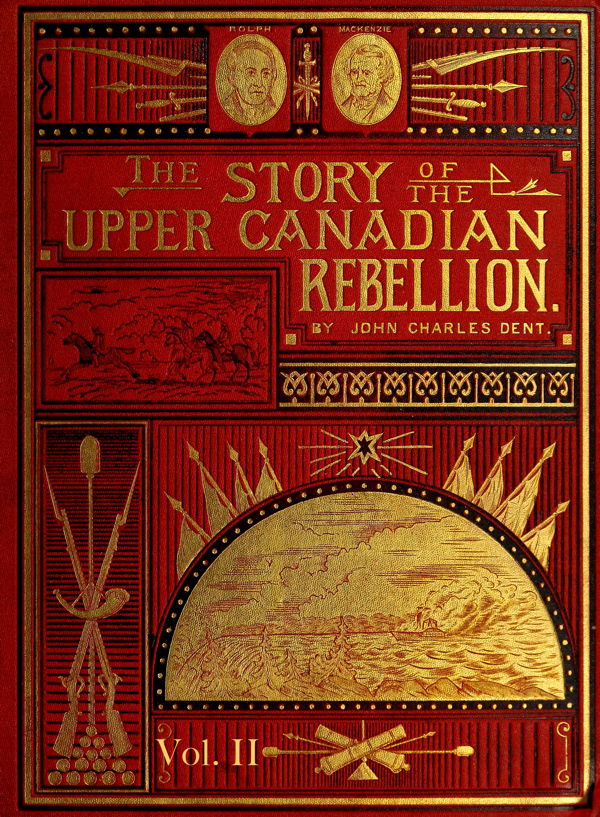 John Charles Dent (1847-1888) was a Canadian journalist and historian. Born in England, his family emigrated to Canada in the 1850s. Dent tried the law profession but he found it unsuitable and instead was drawn to the literary trade. He made his way as a journalist first in London, England working for the Daily Telegraph then to Boston with the Boston Globe and finally back to Canada where he worked for the Toronto Evening Telegram. However he found the conservative leanings of the paper not to his taste and he soon left the Telegram for the more reform minded Weekly Globe. Dent remained at the Globe until owner George Brown died and he became a freeland writer of historical texts. He quickly published a four volume project called The Canadian Portrait Gallery and then The Last Forty Years: Canada Since the Union of 1841. His last major work was the The story of the Upper Canadian rebellion, published in two volumes in 1885. (Dictionary of Canadian Biography)