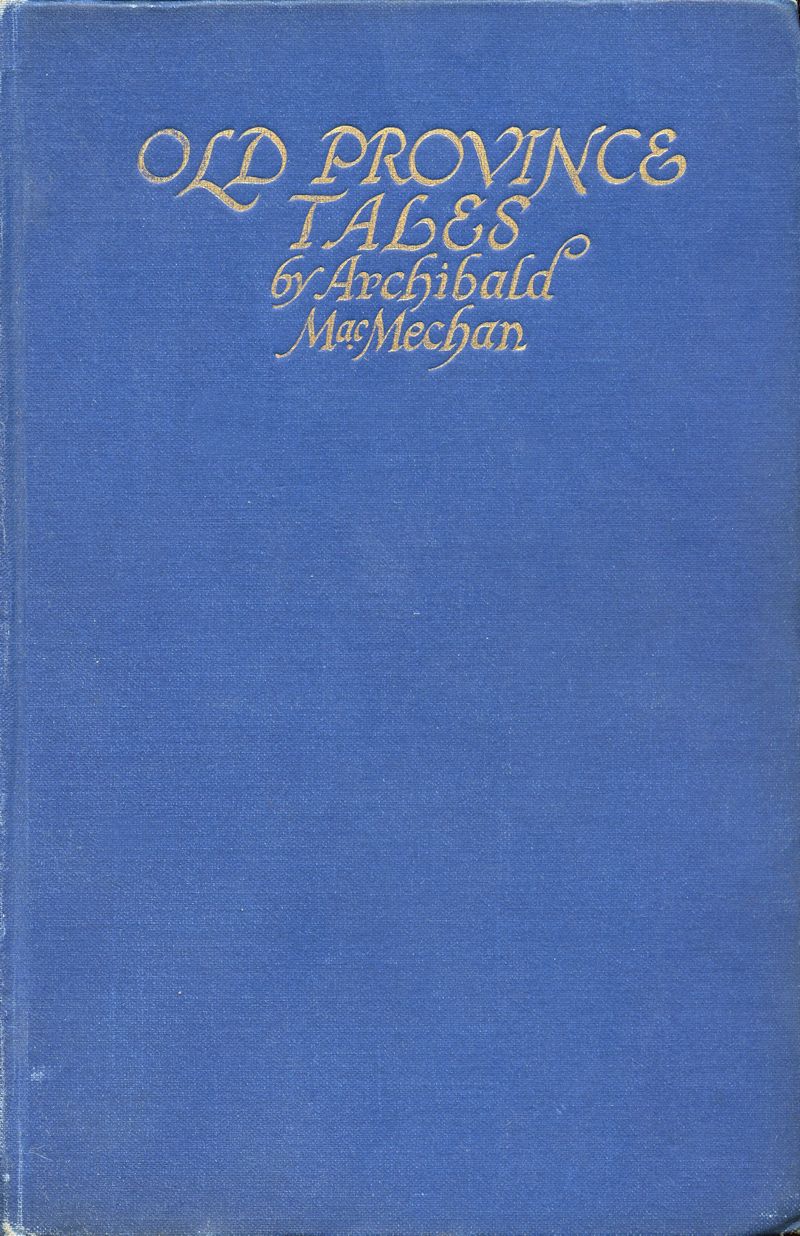 Archibald MacMechan (1862-1933) was a Canadian scholar and historian. Born in Ontario and educated at the University of Toronto, he excelled at languages and was an excellent writer. In 1889 he married Edith May Cowan and the same year he was appointed as Professor of English Language and Literature at Dalhousie University in Halifax. His early books were of a general scholastic nature but he quickly became interested in the local history of Nova Scotia and the Maritimes. Over the course of his career he wrote over 30 books many of them dealing with Maritime folk-lore and history. He also wrote hundreds of articles for Canadian magazines and newspapers on a variety of subjects. He was awarded many honours during his life including being elected a Fellow of the Royal Society of Canada and was awarded the Lorne Pierce medal presented in recognition of his contributions to Canadian literature. (Archibald MacMechan: Canadian Man of Letters, Janet E. Baker)