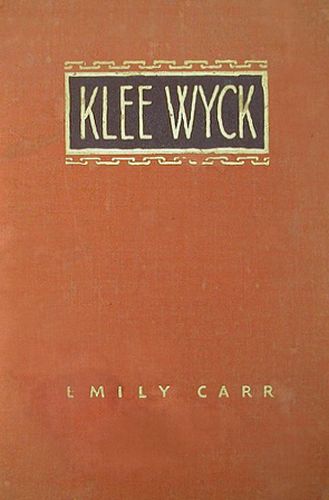 Emily Carr was a Canadian artist and writer who was inspired by the Indigenous peoples of the Pacific Northwest Coast. One of the first painters in Canada to adopt a Modernist and Post-Impressionist painting style, Carr did not receive widespread recognition for her work until the subject matter of her painting shifted from Aboriginal themes to landscapes—forest scenes in particular of British Columbia. As a writer, Carr was one of the earliest chroniclers of life in British Columbia.

In 1898, at age 27, Carr made the first of several sketching and painting trips to Aboriginal villages. She stayed in a village near Ucluelet on the west coast of Vancouver Island, home to the Nuu-chah-nulth people, then known to English-speaking people as ‘Nootka’. In 1912, Carr took a sketching trip to First Nations’ villages in Haida Gwaii, the Upper Skeena River, and Alert Bay. Even though Carr left the villages of the Pacific Northwest, the impact of the people stayed with her and she adopted the Indian name Klee Wyck. Carr continued to travel throughout the late 1920s and 1930s away from Victoria. Her last trip north was in the summer of 1928, when she visited the Nass and Skeena rivers, as well Haida Gwaii, formerly known as the Queen Charlotte Islands. She also travelled to Friendly Cove and the northeast coast of Vancouver Island, and then up to Lillooet in 1933.

Recognition of her work grew steadily. It was at the exhibition on West Coast Aboriginal art at the National Gallery in 1927 that Carr first met members of the Group of Seven, at that time Canada’s most recognized modern painters, who welcomed her into their ranks of Canada’s leading modernists. The encounter ended the artistic isolation of Carr’s previous 15 years, leading to one of her most prolific periods, and the creation of many of her most notable works.

In 1937, Carr suffered her first heart attack, which marked the beginning of a decline in her health and a lessening of the energy required for painting. She began to devote more time to writing. Her first book, Klee Wyck, a collection of short stories based on her experiences with Aboriginal people, was published in 1941, a year that also effectively marked the end of her painting career. The book won a Governor General’s Award and was followed by the publication of four other books, two of them posthumously.