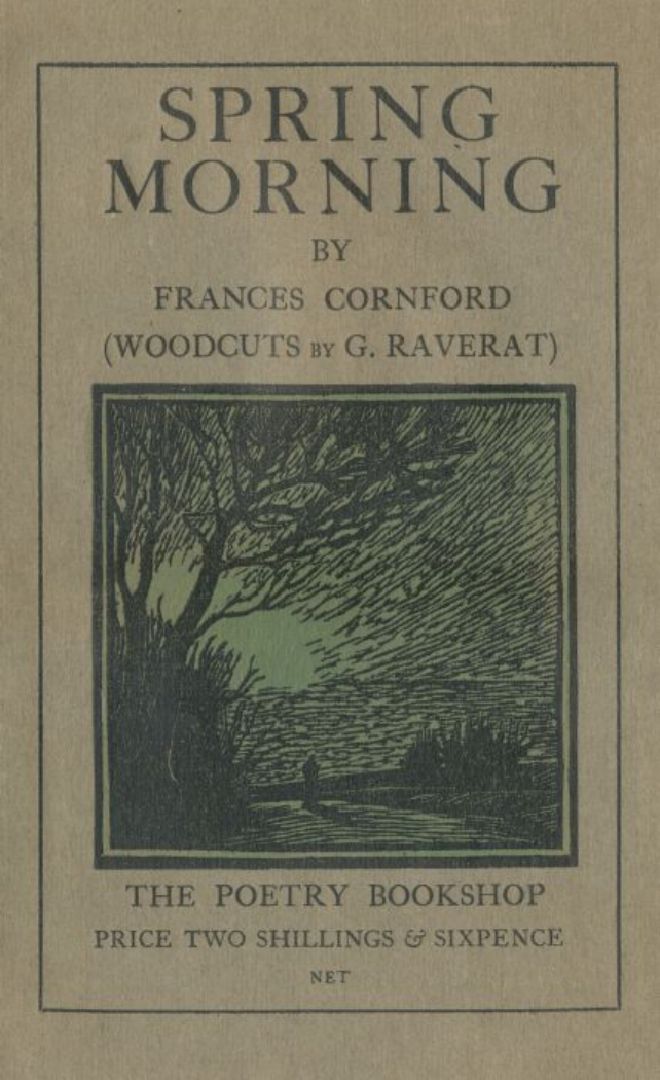 Frances Cornford, née Darwin, (1886-1960) was a British poet and translator. She was the granddaughter of Charles Darwin. She was educated at home in Cambridge where she remained for most of her life. She married Francis Cornford a classical scholar in 1909. They had five children, the eldest John Cornford a poet was killed in the Spanish Civil War. She published her first volume of poems in 1910 and she followed this with eight more volumes over the next 50 years. Two of her poetry volumes were illustrated in woodcuts by Gwen Raverat who was a cousin. Her last volume, On a Calm Shore (1960), was illustrated by her son. Her poetry style is short and unpretentious, some elegiac and others humorous. Her triolet 'To a Fat Lady Seen From a Train' is often quoted. Her Collected Poems (1954) was the official choice of the Poetry Book Society and she won the Queen's Medal for Poetry in 1959. (The Oxford Guide to British Women Writers)