Hephaestus, Persephone at Enna and Sappho in Leucadia 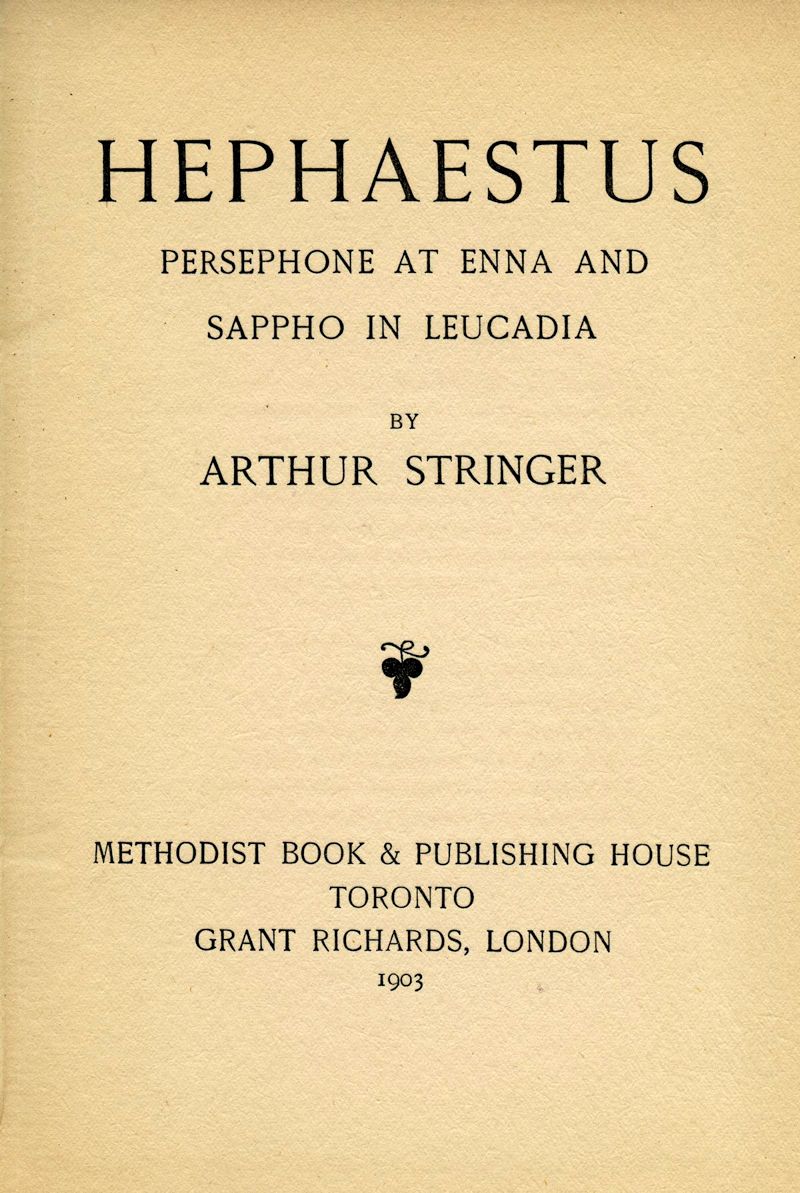