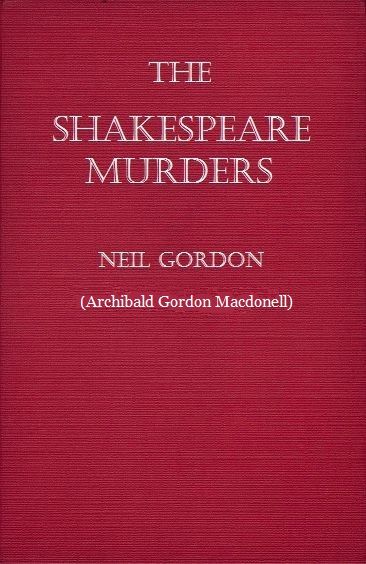 Today, Macdonell is remembered mostly for one book, England, Their England. It is regarded as one of the classics of English humour and is much-loved by readers for its evocation of England between the wars. It is particularly cherished by devotees of cricket for its famous description of the village cricket match.

Although the rest of his books have been largely forgotten, several of them earned accolades during his lifetime. Among these are the novels How Like An Angel (1934) and The Autobiography of a Cad (1938). (The latter was reissued in the UK in 2001 in Prion Humour Classics.) Macdonell also wrote six mystery novels under the name 'Neil Gordon', one of them in collaboration with Milward Kennedy.

Macdonell was also a connoisseur of military history, and wrote a historical study called Napoleon and his Marshals (1934).

Macdonell wrote a number of plays for the theatre. These were mostly comedies, with titles like What Next, Baby? Or Shall I Go To Tanganyika, and were performed on the London stage. He also engaged in amateur theatrics himself, at least in the early part of his career. A review of an amateur production in Thursley, printed in The Times in January 1930, notes that he played his role with "immense gusto" which was "vastly to the taste of the audience". Macdonell also wrote "The crew of the Anaconda" in 1940, a Boys Own ripping yarn type tale.

Macdonell was a regular contributor to The Observer, and was also a well-known broadcaster for the BBC Empire Service. He was a keen sportsman and a first-rate golfer, representing the Old Wykehamists on a number of occasions.--Wikipedia.