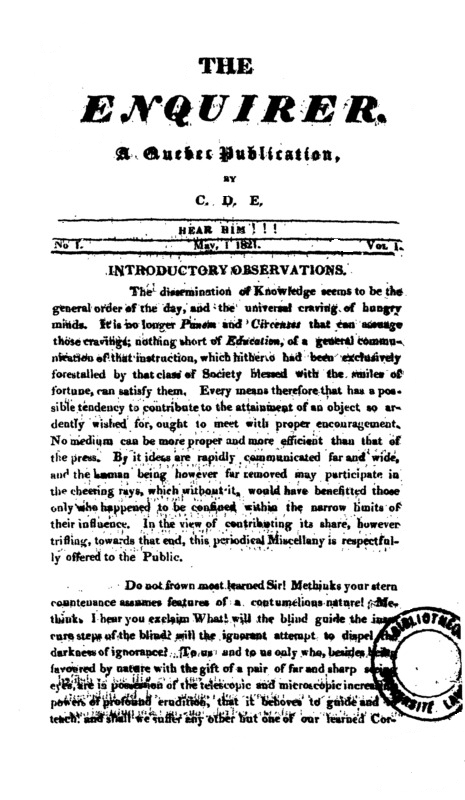 Robert-Anne d'Estimauville (1754-1831) was a Frenchman of noble birth. He was born in Louisburg, Île Royale (now known as Cape Breton Island). Soon after the English takeover of New France, his family moved to France where his noble parentage gained him a commission in the army. He served with distinction but his fortunes were dashed in the revolution of 1789. He spent some time in England before relocating to Quebec where one of his brothers gave him work as a road commissioner and surveyor. After a few years in a number of civil service positions he was appointed as gentleman usher of the Black Rod for the Legislative Council. In 1822, he founded The Enquirer which he created as "a monthly publication established to communicate with those who had not studied English sufficiently to be able to read it with ease and pleasure." Unfortunately it was a financial failure and folded after only 12 issues. He continued writing mainly about politics and social life in Quebec. He made keen observations about the ills of colonial life and the state of the on-going English-French issue. (Canadian Dictionary of Biography)