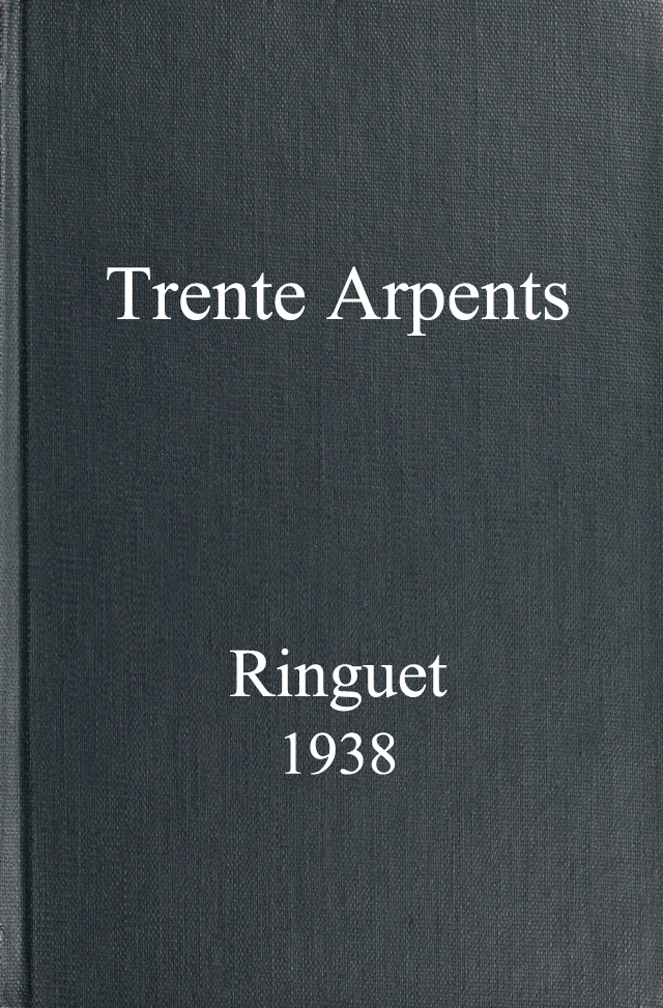 Philippe Panneton (1895-1960) was a French-Canadian medical doctor and novelist. Born in Trois-Rivières he was better known by his pen-name 'Ringuet' after his mother's maiden name. He studied medicine at Laval University and obtained his degree in 1920. He continued post-graduate work in otolaryngology in Paris. He began practising medicine in 1923 and continued until 1940. During his medical studies he travelled widely and was able to read a wide variety of literature that was unavailable to him during his Quebec upbringing. His devotion to literature led him to write in his spare time. His first novel "Littératures . . . à la manière de . . ." was written in 1924 in collaboration with Louis Francoeur which was a parody on contemporary French writers of the time. He achieved his greatest success with "Trente Arpents" in 1938, a portrait of traditional rural Quebec society undergoing change. It was an immediate success among readers and critics and was soon translated into English as "Thirty Acres" which won the Governor General's Award for Literature. (Oxford Companion to Canadian Literature)