An Experiment in Criticism 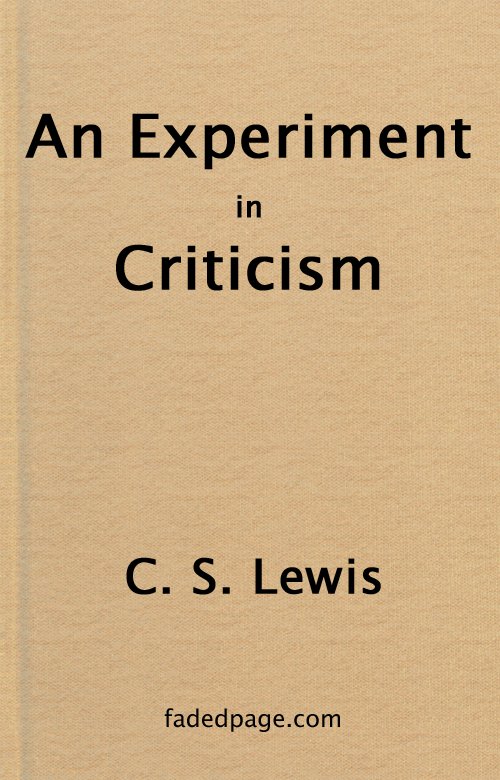