The Abolition of Man; or; Reflections on Education with Special Reference to the Teaching of English in the Upper Forms of Schools 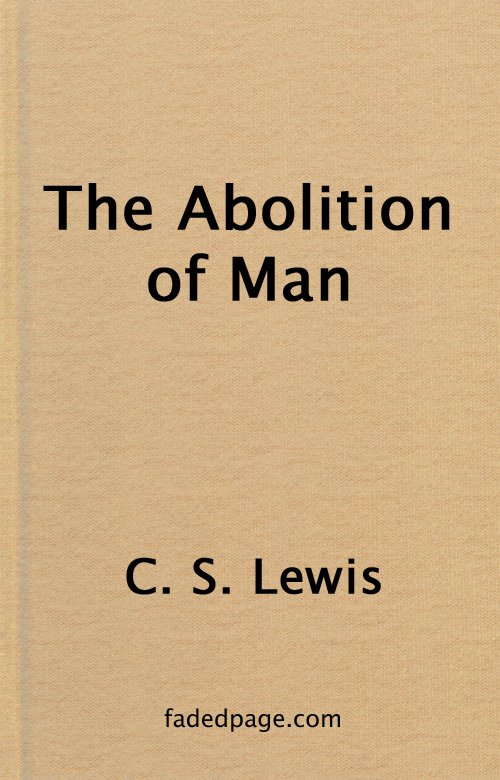