The rainproof invention: or, Some tangled threads 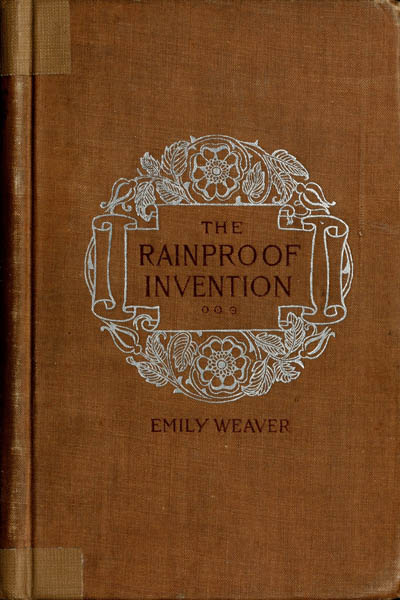 Emily Poynton Weaver (1865-1943) was a Canadian writer. She was born in Manchester, England and emigrated to Canada with her family as a teenager. Initially living in Waterloo, Ontario, they later moved to Toronto. During her early adulthood, she began to write short stories and historical essays for the magazine trade. She was a prolific writer completing several novels and non-fiction works for history and textbooks. Her primary support came through journalism, notably the Globe newspaper in Toronto (precursor to the Globe & Mail). Many of Weaver's books were published by church-based companies which reflected the high moral tone of her fiction. Her novel My Lady Nell won a prize in 1890 from the Congregationalist Society of Boston. She also wrote books for children which were illustrated by her sister, Anne Elizabeth Weaver. (Canada's Early Women Writers)