Humour of the North 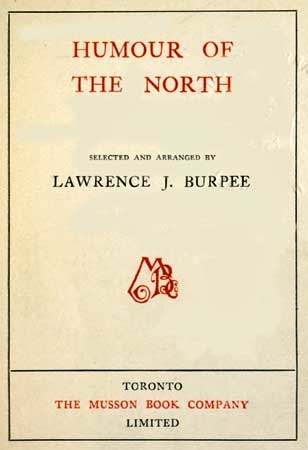 James De Mille (1833-1880) was a Canadian writer of popular fiction in the Victorian era. Born in St. John, New Brunswick, he was educated at Acadia in Nova Scotia and Brown in Rhode Island. He briefly ran a bookstore from 1857 to 1861 before turning to teaching at Dalhousie University. During the last quarter of the 19th century he wrote several popular novels. He had a knack for writing intricate plots, moving between comedy and suspense and had a gift for writing good dialogue. His books ranged from juvenile boys stories such as B.O.W.C. Club (Brethren of the White Cross), comedy/satire as in The Lady of the Ice, to fantastical settings in books such as A Strange Manuscript Found in a Copper Cylinder. (Oxford Companion to Canadian Literature)

Sara Jeannette Duncan (1861–1922) was a Canadian author and journalist. Born in Brantford, Ontario, she trained as a teacher but she soon began to concentrate on writing. In 1884 she worked for The Globe (now the Globe and Mail) writing articles and columns about literature and woman’s social life. In 1890 she married Everard Charles Cotes, a noted entomologist. She travelled with him to India where he was employed by the British government. After her marriage she concentrated on writing novels. Nine of her novels are set in India and most of her works are in the setting of Anglo-Indian society, of which she said "there is such abundance of material ... it is full of such picturesque incidence, such tragic chance". The progress of her novels show her experimenting with different genres that might sell well or were known to be popular, and they were of increasing complexity. Generally, she followed a nineteenth-century tradition of "society" novels in which personal and public politics might play a part. (Dictionary of Canadian Biography)