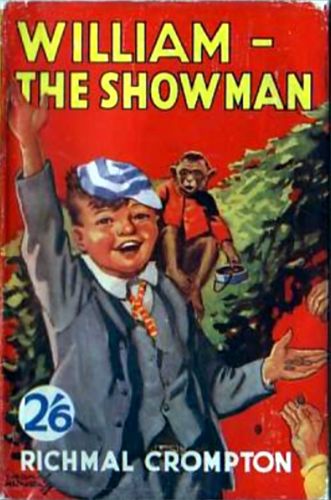 Crompton's fiction centers around family and social life, dwelling on the constraints that they place on individuals while also nurturing them. This is best seen in her depiction of children as puzzled onlookers of society's ways. Nevertheless, the children, particularly William and his Outlaws, almost always emerge triumphant.

From 1922 to 1969, she produced 38 William titles, which were subsequently adapted into four films, and one radio and two television series. The character of William, described by Mary Cadogan as "anarchic, disheveled, obstructionist, opinionated and unbookish to the point of Philistinism," was the direct opposite of his creator. The first William stories, written for an adult audience, were Lamburn's best; the later efforts, produced exclusively for children, lost some of their wit and charm. The series was never popular in the United States, because, in the opinion of Margaret Masson, America had its own version of William in the character of Penrod Schofield, created by Booth Tarkington. But Lamburn had a different take, believing that American children developed "straight from the cradle to adolescence," thus bypassing the prepubescent period of 11-year-old William.

Lamburn also produced some 40 other titles, many of them love stories which she turned out at the rate of one a year, but none had the appeal of the William books.