Of Time and the River 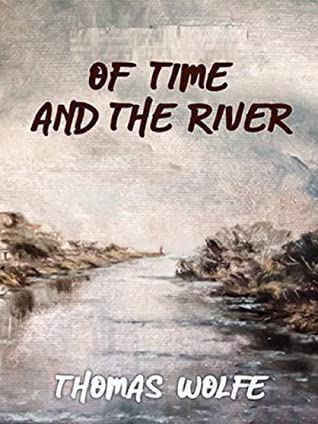 Thomas Clayton Wolfe (3 October, 1900—15 September, 1938) was an American novelist of the early twentieth century. Wolfe wrote four lengthy novels as well as many short stories, dramatic works, and novellas. He is known for mixing highly original, poetic, rhapsodic, and impressionistic prose with autobiographical writing. His books, written and published from the 1920s to the 1940s, vividly reflect on American culture and the mores of that period, filtered through Wolfe’s sensitive, sophisticated, and hyper-analytical perspective.

His most popular work, Look Homeward Angel (1929), an autobiographical piece centering on his alter ego, Eugene Gant, fictionalized his early experiences in Asheville, North Carolina and chronicled family, friends, and the boarders at his mother’s establishment on Spruce Street. In the book, he renamed the town Altamont and called the boarding house “Dixieland.” His family’s surname became Gant, and Wolfe called himself Eugene, his father Oliver, and his mother Eliza. The novel caused a stir in Asheville, with its over 200 thinly disguised local characters. Some members of Wolfe’s family were also upset with their portrayal in the book.

Wolfe saw less than half of his work published in his lifetime, there being much unpublished material remaining after his death of miliary tuberculosis. He was the first American writer to leave two complete, unpublished novels in the hands of his publisher at death. The Web and the Rock and You Can’t Go Home Again, were edited posthumously by Edward Aswell of Harper & Brothers. In these novels, Wolfe changed the name of his autobiographical character from Eugene Gant to George Webber.