The History of Rome Hanks and Kindred Matters 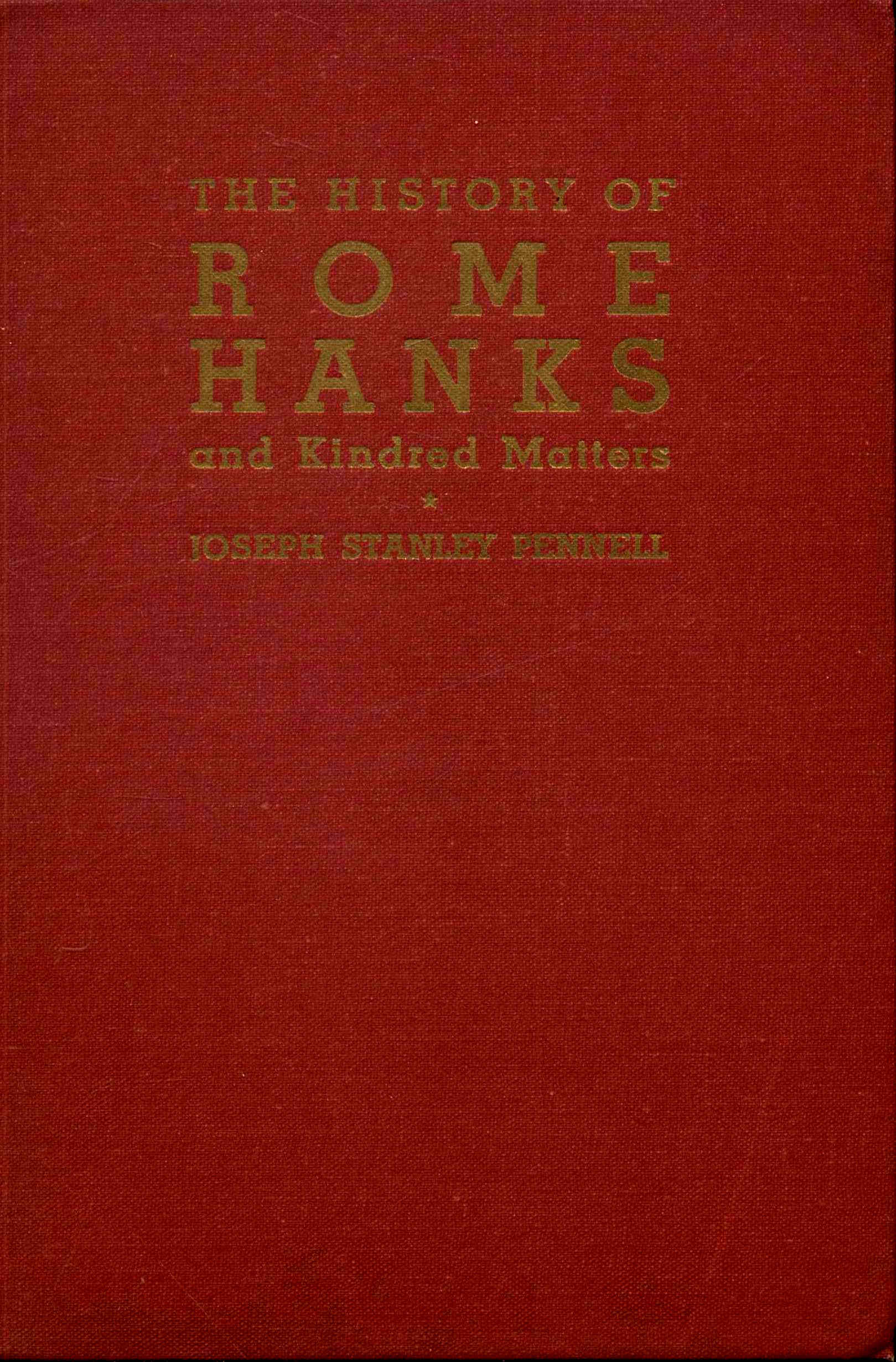 Joseph Stanley Pennell was born on the 4th of July 1903 in Junction City, Kansas. He entered Kansas University in 1922, loved English literature, went to England, and got accepted to Oxford where he studied for 3 more years. He returned to the U.S. and became a newspaperman for the Denver Post and Los Angeles Examiner. In the mid-1930s, he had what would now be called a “mid-life crisis” where he moved back to Junction City to figure out “what it is I wanted.” The answer came from his family which contained many members who had fought on both sides of the Civil War. The conflict fascinated Pennel. Living the life of a semi-recluse, he spent the next two years researching the Civil War and the following five writing on it. No one in the town knew of his project except for his mother and the town librarian. In 1942, Pennel was called away to another war, the Second World War, where he served as a lieutenant. He left his manuscript of The History of Rome Hanks with the librarian to submit for publication. Her first three efforts resulted in failure with the manuscript returned unread. On the fourth, she sent it to Scribner’s where it found its way into the hands of the editor Maxwell Perkins, whose literary discoveries included F. Scott Fitzgerald, Ernest Hemingway, and Thomas Wolfe. Perkins relates that he stayed up several nights reading Pennel's Rome Hanks and that it was one of the most exciting manuscripts he had come across in years. It is unsurprising that it became the literary hit of 1944. After the war, in 1947, Pennel moved to Oregon where he died on September 26, 1963 in Multnomah.