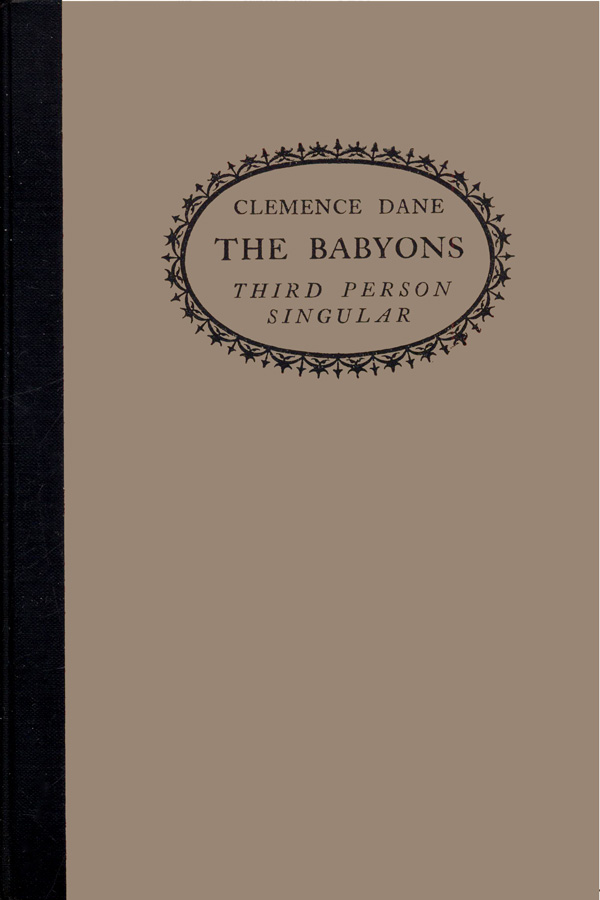 Clemence Dane (name for the London church, St Clement Danes) was the pseudonym of Winifred Ashton, an English novelist and playwright (1888-1965). Between World Wars I and II, she was arguably Britain’s most successful all-round writer, with a unique place in literary, stage and cinematic history. Dane won an Oscar for her screenplay “Vacation from Marriage,”. School teacher, novelist, playwright and magazine editor, Dane wrote at least 30 plays and 16 novels.

One series she was famous for was The Babyons, by Clemence Dane. Four long stories strung together by a supernatural thread and chronicling the family history of the Babyons over a period of about 200 years. The ghostly thread is introduced in the first story, “Third Personal Singular,” a tale of 1750. James Babyon, engaged to marry his cousin Hariot, becomes suddenly averse from her and breaks the engagement within a month of the date set for the wedding. In a passionate scene in which the probable madness of Hariot is subtly suggested she pleads with him and, finding him adamant, cries that they are already married in soul and are inseparable. That his cousin actually is subject to fits of madness he does not learn until he is wedded to her companion Menella. He and Menella go to Europe to find everywhere that people have a curious fear of them; a fear which spreads to their servants and, when he learns that Hariot committed suicide, to Babyon himself. He regards himself directly responsible for her death, becomes obsessed with the belief that she haunts him, and the tragedy ends with his madness. The second story is dated 1775, the third 1820-1873, and the last 1902-1906. These stories are lighter than the first stark tragedy, and they end with peace at last given to the Babyons. Through them all runs the influence of Hariot, that strange, wildly passionate woman of 1750. Fine, dramatic work of large conception.--The Australian Woman's Mirror 29 May 1928.