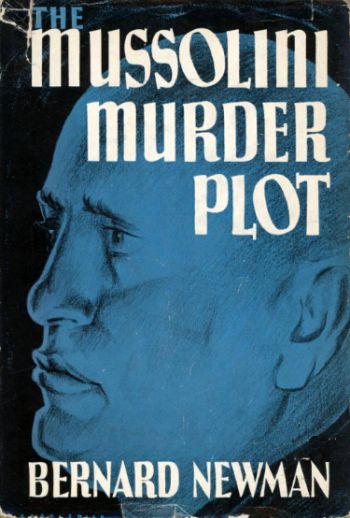 Bernard Charles Newman was a British author of more than 100 books, both fiction and non-fiction. An historian, he was considered an authority on spies, and wrote Epics of Espionage and the novel Spy. His 1945 novel Spy Catchers was praised as one of the best books ever concerning counterespionage. He also wrote books concerning travel and politics. His fiction included mystery novels, science fiction and children’s books.

Serving in combat during World War I, with reasonable fluency in French, his regiment’s French liaison officer occasionally used him to go undercover in Paris with a French agent. It was here that his interest in espionage began, and his character ‘Papa Pontivy’ was based on the French liaison officer.

During World War II, he became a staff lecturer at the Ministry of Information and wrote patriotic British novels and went on tour to Canada and the United States to lecture on the British and the war. When he returned, he lectured in Britain on America.

Some of his early fiction novels, particularly Spy, were written in the first person with himself as the main character. That led to media allegations that he was a spy. In an interview, however, he denied he was ever involved as a spy but that he was just trying to develop a new kind of thriller.