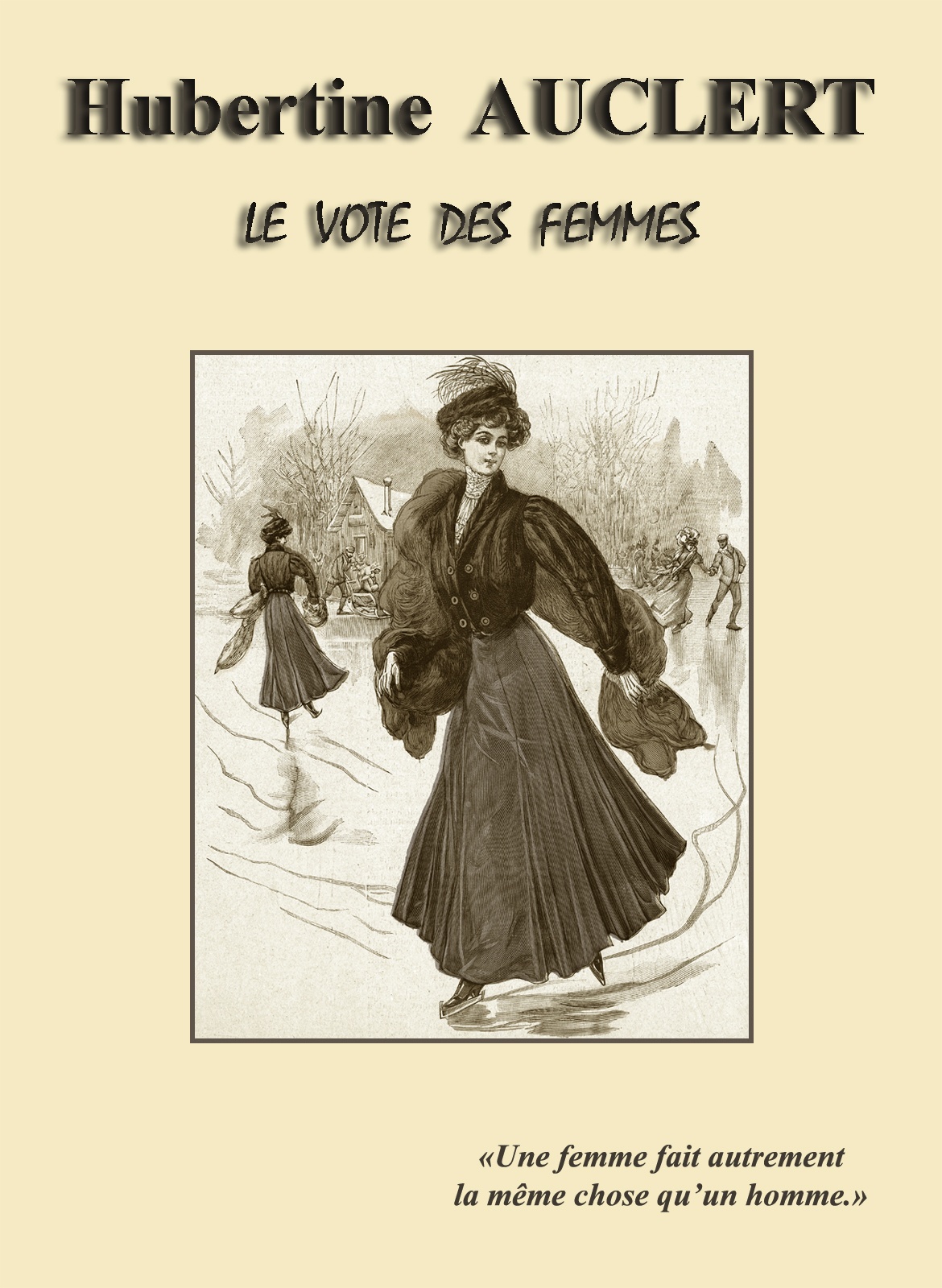 Hubertine Auclert (1848-1914) was a French feminist and a leading campaigner for women's suffrage. She was born in Auvergne. When her father died at age 13 her mother placed her in a convent to live and study. She left the convent in 1869 and moved to Paris. After the death of Napoleon III, she joined the campaign to give women greater rights. In 1876, she founded the Société le droit des femmes (Rights of Women). She founded Le Citoyenne in 1881, a monthly magazine which argued stridently for women's right to vote. She began a tax revolt arguing women should not be subject to taxation if they had no say in its application.

She married one of her legal advisers, Antonin Lévrier and they moved to Algeria. Her husband died four years later and she returned to Paris but during her time in Algeria, she learned the plight of Algerian women and began to advocate for better rights for them as they were even worse off than French women. Considered one of the central figures of the French women's rights movement, Auclert continued her activism until her death in 1914, at age 65. (Women in World History: A Biographical Encyclopedia)