I Pronounce Them: A Story of Man and Wife 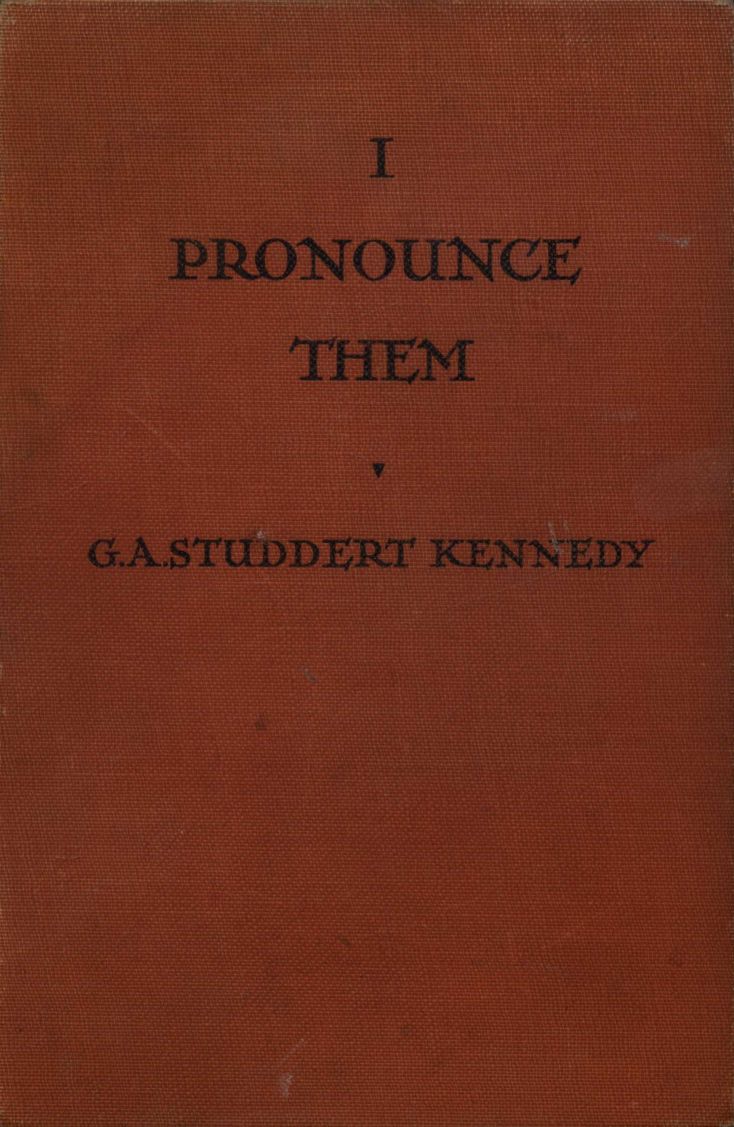 Geoffrey Studdert Kennedy (1883-1929) was a British chaplain and writer. Born in Leeds, the son of a vicar, he studied divinity at Trinity College in Dublin, Ireland and he became a curate in Worcester. At the beginning of World War One, he enlisted as chaplain and served on the western front. He was known as 'Woodbine Willie' for his habit of chain-smoking and giving out cigarettes to soldiers. He won the Military Cross in 1917 for venturing out into No Man's Land to give comfort and assistance to wounded soldiers. He wrote about his war experiences in poems that were later published as books. His experiences during the war led to his conversion to Christian Socialism and he preached the doctrine of pacifism. He wrote several non-fiction books describing his beliefs.

He worked for the Industrial Christian Fellowship and went on speaking tours. He died in Liverpool after a short illness. A friend, Arthur Savage later recalled: "He worked in the slums of London after the war among the homeless and the unemployed. The name Woodbine Willie was known to everyone in the land in those days. Died very young, he did, and at his funeral people placed packets of Woodbine cigarettes on his coffin and his grave as a mark of respect and love." (Spartacus Educational)