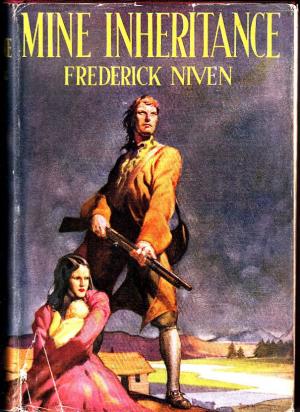 Frederick Niven was British Columbia’s first professional man of letters and the first significant literary figure of the Kootenays. He lived by his wits, as an independent writer, mainly on the outskirts of Nelson, from 1920 until 1944. Although some of his more than 40 titles were written to keep the wolf from the door, such as Cinderella of Skookum Creek (1916), by contrast, Niven’s collection of 16 short stories called Above Your Heads (1911) consisted exclusively of stories rejected by editors who believed their content would be “over the heads” of readers.

Two of Niven’s historical novels, The Flying Years (1935) and Mine Inheritance (1940), are set on the prairies, but most of his work is set in either Scotland or British Columbia. In his final novel, The Transplanted (1944), Niven depicts the rise of B.C.’s interior ranching, lumbering and mining industries and their effects on a broad range of characters. Two transplanted men from Glasgow, Robert Wallace and Jock Galbraith, maintain a strong bond despite difficulties. Robert Wallace is a shrewd visionary who becomes a builder of Canada, opening up the town of Elkhorn.