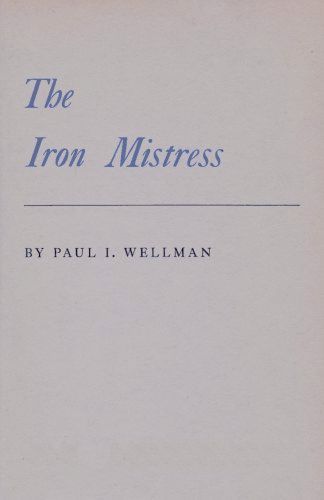 Paul Iselin Wellman (October 15, 1895—September 17, 1966) newspaperman, writer of popular history, novelist and screenwriter, is best known for his books set in the Great Plains and Kansas. His two best-selling novels, The Walls of Jericho (1947) and The Chain (1949), both Literary Guild selections, are set in Kansas towns which closely resemble Dodge City and Wichita, respectively. Both novels received mixed reviews from the critics. But on one thing, all who wrote about Wellman’s books agreed: the Kansas setting is a totally authentic ingredient.

Paul Wellman came to Kansas via Oklahoma and Africa. He was born in Enid, Oklahoma on October 15, 1895. At six months, his parents went to Angola to become medical missionaries. Paul mastered the language of the Bantu of the Umbundu tribe, helping his father translate songs and sermons. He returned to Kansas and finished school. After the war, Wellman returned to Wichita and took a job as a reporter for the Beacon. He moved over to the Wichita Eagle and began writing accounts of the Great Plains Indian wars. Wellman was then hired by the Kansas City Star, where he worked on the telegraph desk and wrote editorials and headlines. In the meantime, he kept at his writing which resulted in an output of 31 books in the period 1934-1966—almost one published book per year. Wellman died in 1966 of stomach cancer, three weeks after receiving an honorary doctorate from the University of California at Los Angeles.

Paul Wellman is remembered as a man of the Great Plains who made a sincere attempt to portray Kansas and the people of Kansas.