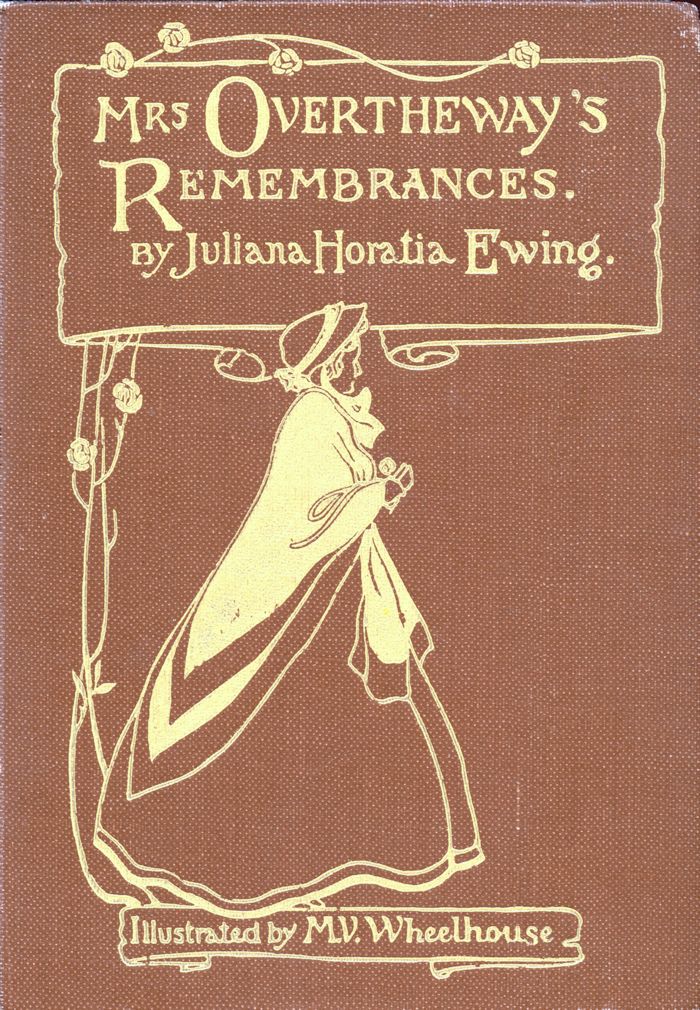 Juliana Horatia Ewing (1841-1885) was an English author of children's stories. Born in Ecclesfield in Yorkshire, she was brought in a religious family. Here inspiration for writing grew from her mother's works as a nursery story-teller. In 1867, she married Alexander Ewing, an infantry major. She travelled with him to New Brunswick for two years and was due to go to Malta but poor health forced her to remain in England. During her marriage she published several books for children. Her works are notable for their sympathetic insight into child life, admiration for things military, and a reflection of her strong Anglican faith. Many of her stories were serialized in a monthly journal, Aunt Judy's Magazine. (Dictionary of National Biography)

Mary Vermuyden Wheelhouse (1868-1947) was a multi-talented English artist who successfully worked at painting, book illustration and making wooden toys. Born in Leeds, Yorkshire, to a family where creativity was encouraged, she studied at the Scarborough School of Art and the Academie Delecture in Paris. While working as a painter in London she won a competition for book illustration. From that point, she received commissions from several book publishers. She became associated with the works of Louisa M. Alcott, Juliana H. Ewing and Elizabeth Gaskell. She was also active in the women's suffrage movement and helped found the Artists' Suffrage League in 1907. In 1915 she began making a range of toys, including wooden dolls with fellow artist Louise Jacobs. They showed their wares at the Arts and Crafts Exhibition Society in 1916 and soon after opened up a toy shop in Chelsea. Her shop supplied major department stores and was successful until it closed shortly after the beginning of the Second World War. (The British Art of Illustration, 1837-2015)