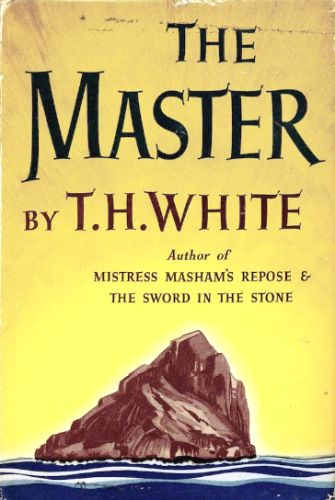 Born on May 29, 1906, in British-ruled Bombay (now Mumbai), India, T.H. White found success as a writer. He became known for his King Arthur series, The Once and Future King, comprising the novelsThe Sword in the Stone, The Queen of Air and Darkness (also known as The Witch in the Wood), The Ill-Made Knight and The Candle in the Wind. On January 17, 1964, White's body was found on a ship in Piraeus, Greece.

Inspired by Sir Thomas Malory's Le Morte d'Arthur, White decided to produce his own take on the legend of King Arthur. White's novel about Arthur's childhood, The Sword in the Stone (1938), was a popular success. White proceeded to cover the more aspects of the Arthurian legend: The Queen of Air and Darkness (1939; also known as The Witch in the Wood) focused on Arthur's early days as king, while The Ill-Made Knight (1940) covered the tempestuous relationship between Arthur, Lancelot and Guinevere.

The Candle in the Wind was about the last days of Camelot (White adapted a play for its content). However, due to editorial changes, as well as paper shortages during World War II, all four pieces did not appear together until compiled into a revised edition—entitled The Once and Future King—in 1958. The collected work inspired Alan Jay Lerner and Frederick Loewe to create the musical Camelot, which was a critical and financial success.

Though The Candle in the Wind was seen as the final novel in the series, another manuscript—originally written in 1941—turned up after White's death. In 1977, it was published as The Book of Merlyn, and ended up spending 24 weeks on The New York Times' best-seller list.--biography.com