Heralds of Empire: Being the Story of One Ramsay Stanhope, Lieutenant to Pierre Radisson in the Northern Fur Trade 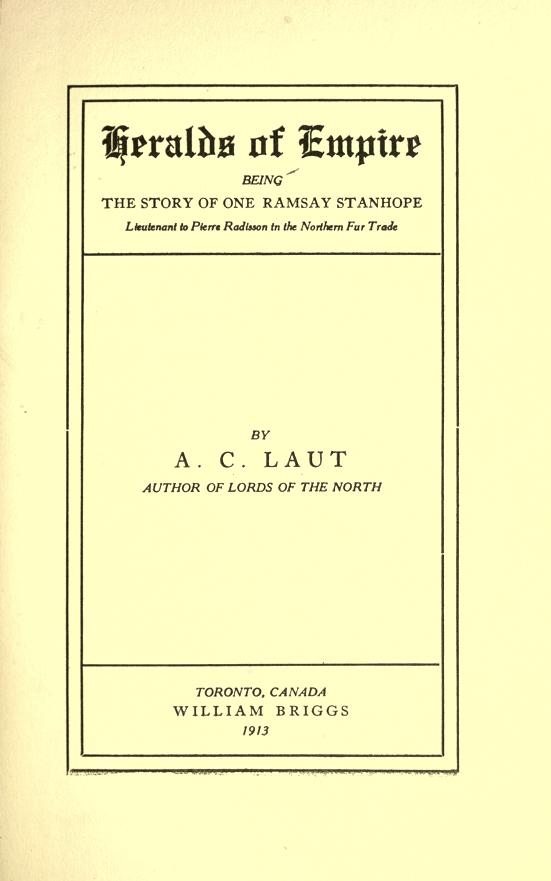