History of Canada: from the time of its discovery until the Union year Vol. I 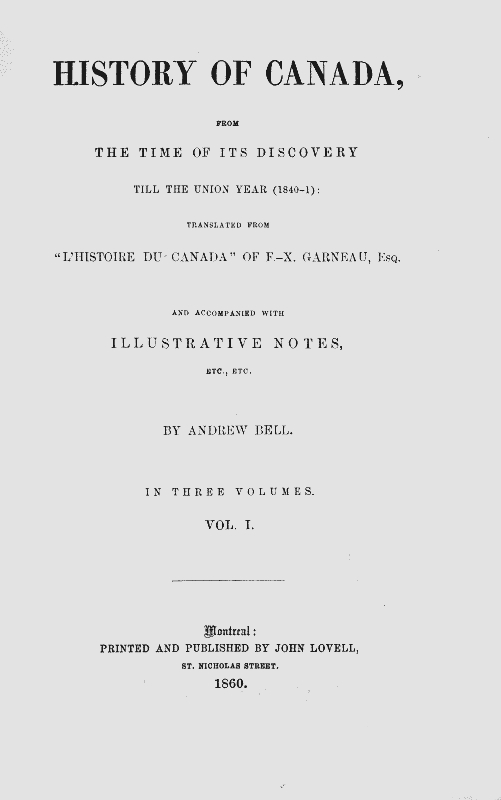 François-Xavier Garneau (1809-1866) was a French Canadian poet and historian. He was born in Quebec City in Lower Canada in 1809. Although exceedingly intelligent, he received little formal education after the age of 14. While training as a notary, he benefited from literary-minded tutors and benefactors which led to a broad base of learning in classical literature and history. He travelled as a young man and was greatly influenced by his time spent in France in the 1830's during the July Monarchy. The liberal thought of the time carried through to his return to Quebec where he became involved in the Patriote movement. Unable to survive as a journalist (he had a family to support), he obtained steady employment as a civil servant in the government of the time. While his poetry is relatively unknown, his reputation largely rests on a three volume work called "Histoire du Canada", which chronicles the early history of New France up to the 1790s. This work cemented his reputation as the 'historien national' of French Canada. This work would not be surpassed until the mid twentieth century. (Oxford Companion to Canadian Literature)