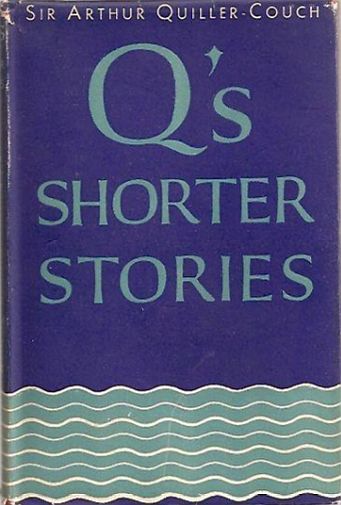 Arthur Thomas Quiller-Couch (21 November 1863—12 May 1944) was a Cornish writer who published using the pseudonym Q. Although a prolific novelist, he is remembered mainly for the monumental publication The Oxford Book of English Verse 1250–1900 (later extended to 1918) and for his literary criticism.

Arthur Quiller-Couch was born in the town of Bodmin, Cornwall, by the union of two ancient local families, the Quiller family and the Couch family. He was educated at Newton Abbot Proprietary College, at Clifton College, and Trinity College, Oxford. From 1886 he was for a brief time a classical lecturer at Trinity. After some journalistic experience in London, mainly as a contributor to the Speaker, he settled in 1891 at Fowey in Cornwall.

In Cornwall he was an active political worker for the Liberal Party; knighted in 1910, and in 1928 was made a Bard of the Cornish cultural society Gorseth Kernow, adopting the Bardic name Marghak Cough ('Red Knight').

From his Oxford time he was known as a writer of excellent verse. He published an anthology from the 16th- and 17th-century English lyricists, The Golden Pomp, followed in 1900 by the Oxford Book of English Verse, 1250–1900. Later editions of this extended the period of concern to 1918 and it remained the leading general anthology of English verse until Helen Gardner's New Oxford Book of English Verse appeared in 1972. He was appointed King Edward VII Professor of English Literature at the University of Cambridge in 1912, and retained the chair for the rest of his life. Simultaneously he was elected to a Fellowship of Jesus College, which he held until his death. His inaugural lectures as the professor of English literature were published as the book On the Art of Writing.

It is Quiller-Couch who originated the saying "kill your darlings":

"If you here require a practical rule of me, I will present you with this: ‘Whenever you feel an impulse to perpetrate a piece of exceptionally fine writing, obey it—whole-heartedly—and delete it before sending your manuscript to press. Murder your darlings.'"