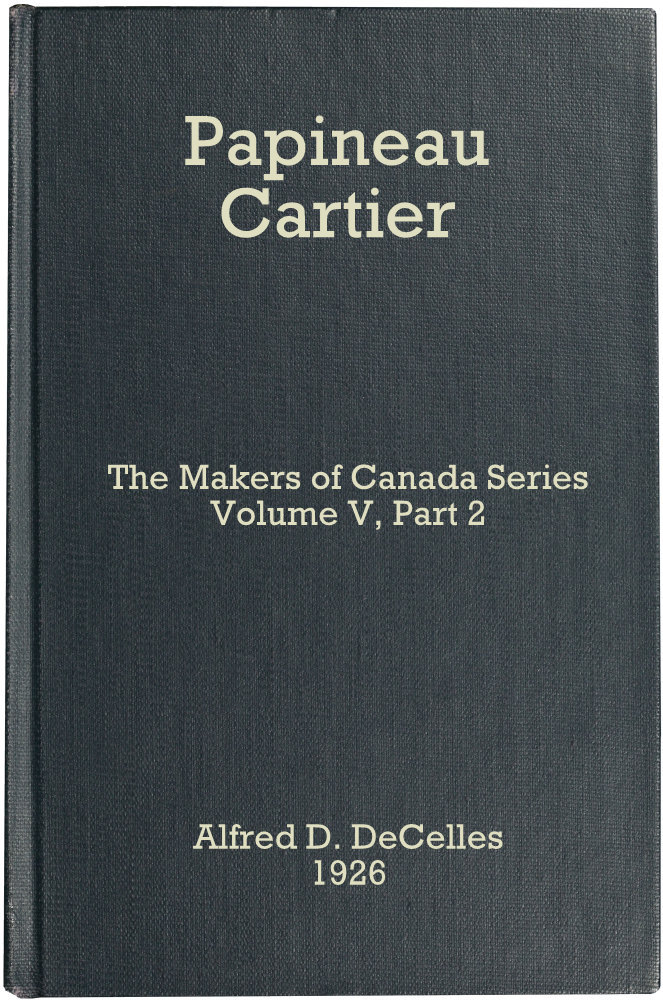 Alfred Duclos DeCelles (1843-1925) was a Canadian journalist, writer, lawyer and librarian. From 1885 to 1920 he was the head of the Parliamentary Library in Ottawa. He often signed his name as A.D. DeCelles. Born in Saint-Laurent he was educated at a seminary in Quebec City. In 1882 he became assistant librarian at the Parliamentary Library in Ottawa. When the head librarian, Alpheus Todd, died in 1884 he was appointed as his successor. During his time as librarian he made contributions to several Quebec magazines and journals including L'Opinion publique, La Revue canadienne, La Presse, La Minerve, La Nouvelle-France and Le Canada français.

As a biographer and historian, he wrote a history of the United States, especially focusing on political history. He also wrote biographies for Louis-Joseph Papineau, Louis-Hippolyte La Fontaine and Wilfrid Laurier. At the beginning of the twentieth century, he participated in major projects and wrote articles in the Makers of Canada (21 volumes, 1906-1911) and Canada and Its Provinces (23 volumes, 1913-1917) collections, all of which are available at Faded Page. (Dictionary of Canadian Biography, Directory of Quebec's Cultural Heritage)