Pageant of B.C.: Glimpses into the romantic development of Canada's far western province. 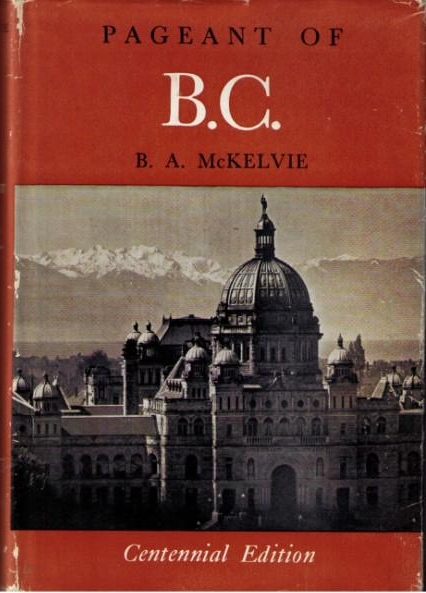 
Author Bio for McKelvie, B. A. (Bruce Alistair)

Bruce A. McKelvie (1889-1960) was a Canadian author and journalist. He was born in British Columbia to Scottish born parents who had previously lived in Quebec. McKelvie started work as an printer's apprentice at a newspaper. He worked at a variety of jobs in the business before he became a police reporter for the Vancouver Daily Province in 1913. He was on board the tugboat Sea Lion during the Komagata Maru incident in 1914. He also worked for the Vancouver Sun and the Victoria Colonist. He wrote several books that popularized British Columbia history. (Simon Fraser University, City of Victoria Archives)