A Pageant of Victory 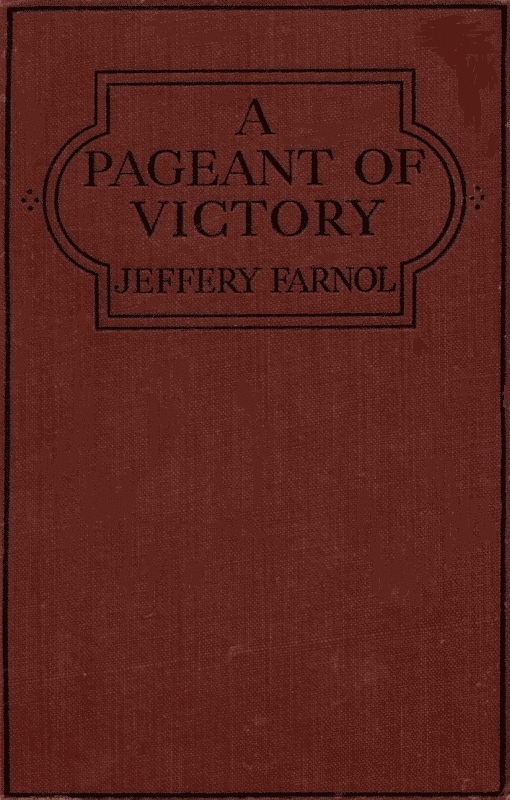 Jeffery Farnol (10 February 1878 – 9 August 1952) was a British writer since 1907 until his death, known for writing more than 40 romance novels, some formulaic and set in the Georgian Era or English Regency period, and swashbucklers, he with Georgette Heyer founded the Regency romantic genre.

He published his first romance novel My Lady Caprice in 1907. The success of his early novels led Farnol to become a professional writer. He produced around 40 novels and volumes of stories, and some non-fiction and children's books. His last book was completed by his second wife Phyllis.