The violent bear it away 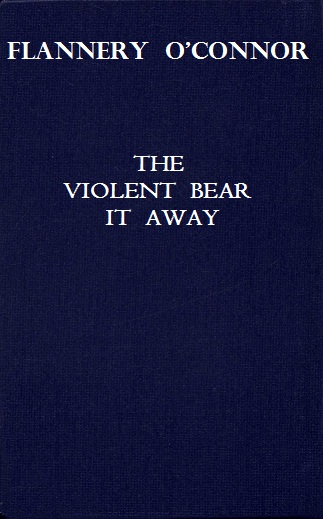 Flannery O'Connor, neé Mary Flannery O'Connor (March 25, 1925—August 3, 1964) was an American novelist, reviewer and commentator. Although she only wrote 2 novels and 32 short stories, she won numerous literary awards and grants, several O. Henry awards, and had her first novel listed on the Guardian's 100 Greatest Novels of All Time.

Her first short-story collection, A Good Man Is Hard to Find, made her Christian vision and darkly comic intent clearer to readers and allowed them to more easily grasp the intent of her second novel, The Violent Bear It Away. A second collection of stories, Everything That Rises Must Converge, published posthumously in 1965, contains some of O'Connor's most popular short fiction, including the title story and "Revelation."

O'Connor was a Roman Catholic who was born and lived in the Bible Belt of the Deep South, though her fiction is largely concerned with fundamentalist Protestants, many whom she admired for the integrity of their search for Truth. Her recurrent characters are spiritually lean and hungry figures who reject mere lip service to Christianity and the bland certainty of rationalism in their pursuit of salvation.

O'Connor died of lupus at the young age of 39.