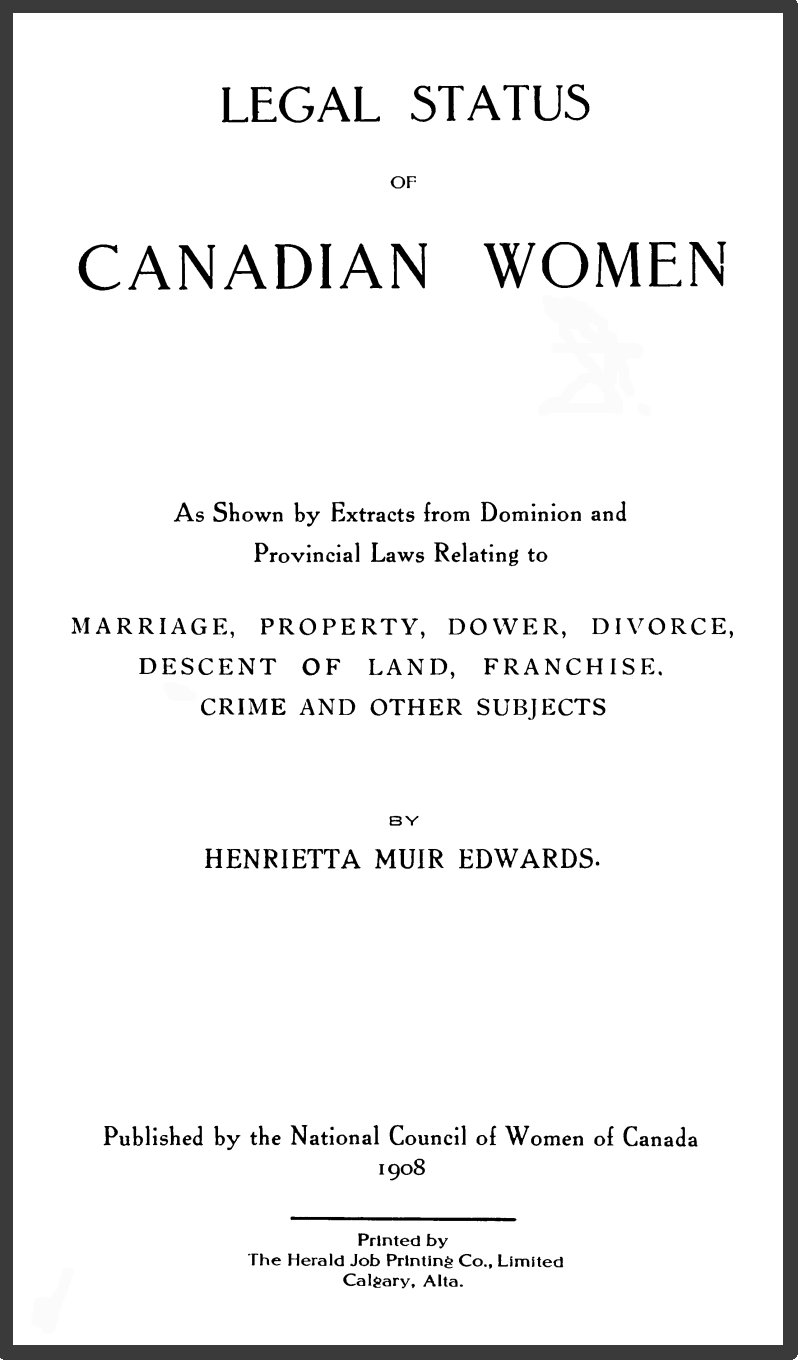 Henrietta Muir Edwards (1849-1931) was a Canadian women's rights activist. Born in Montreal, Quebec, she and her sister founded the Working Girls' Association in 1875. This would later become on of Canada's first YWCA's. They also published a magazine called, The Working Women of Canada, which chronicled often poor working conditions for women. In 1876 she married Oliver Edwards and they relocated to what is now Saskatchewan. She continued to pursue women's rights on the prairies. In 1890 her husband fell ill and they moved to Ottawa where she took up the plight of conditions for female prisoners. Working with Lady Aberdeen, the wife of the Governor General, they co-founded the National Council of the Women of Canada in 1893. She published two books, Legal Status of Canadian Women (1908) and Legal Status of Women in Alberta (1921). She worked with several women including Emily Murphy to lobby the Alberta government for recognition of dower and matrimonial property rights (which led to the implementation of the Dower Act in 1916). Her friendship with Emily Murphy led her to help with the Person's Case. In 1927, Edwards along with four other women, now known as the "Famous Five", helped overturn the outdated provision in the British North America Act which did not recognize women as legal entities under the law. The change, among other things, allowed women to serve in the Senate of Canada. (Library and Archives Canada)