Poems, and The Spring of Joy 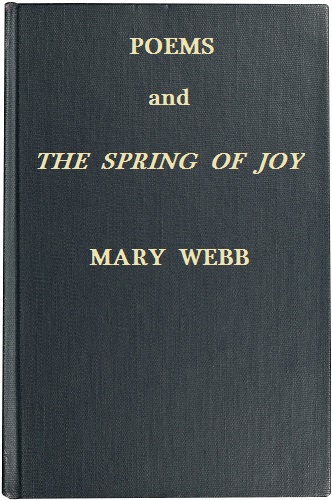 Walter John de la Mare OM CH (25 April 1873 – 22 June 1956) was an English poet, short story writer and novelist. He is probably best remembered for his works for children, for his poem "The Listeners", and for subtle psychological horror stories, amongst them "Seaton's Aunt" and "Out of the Deep".

His 1921 novel Memoirs of a Midget won the James Tait Black Memorial Prize for fiction, and his post-war Collected Stories for Children won the 1947 Carnegie Medal for British children's books.--Wikipedia.