Black Giles, the Poacher; With Some Account of A Family who had rather live by their Wits than their Work. In Two Parts. 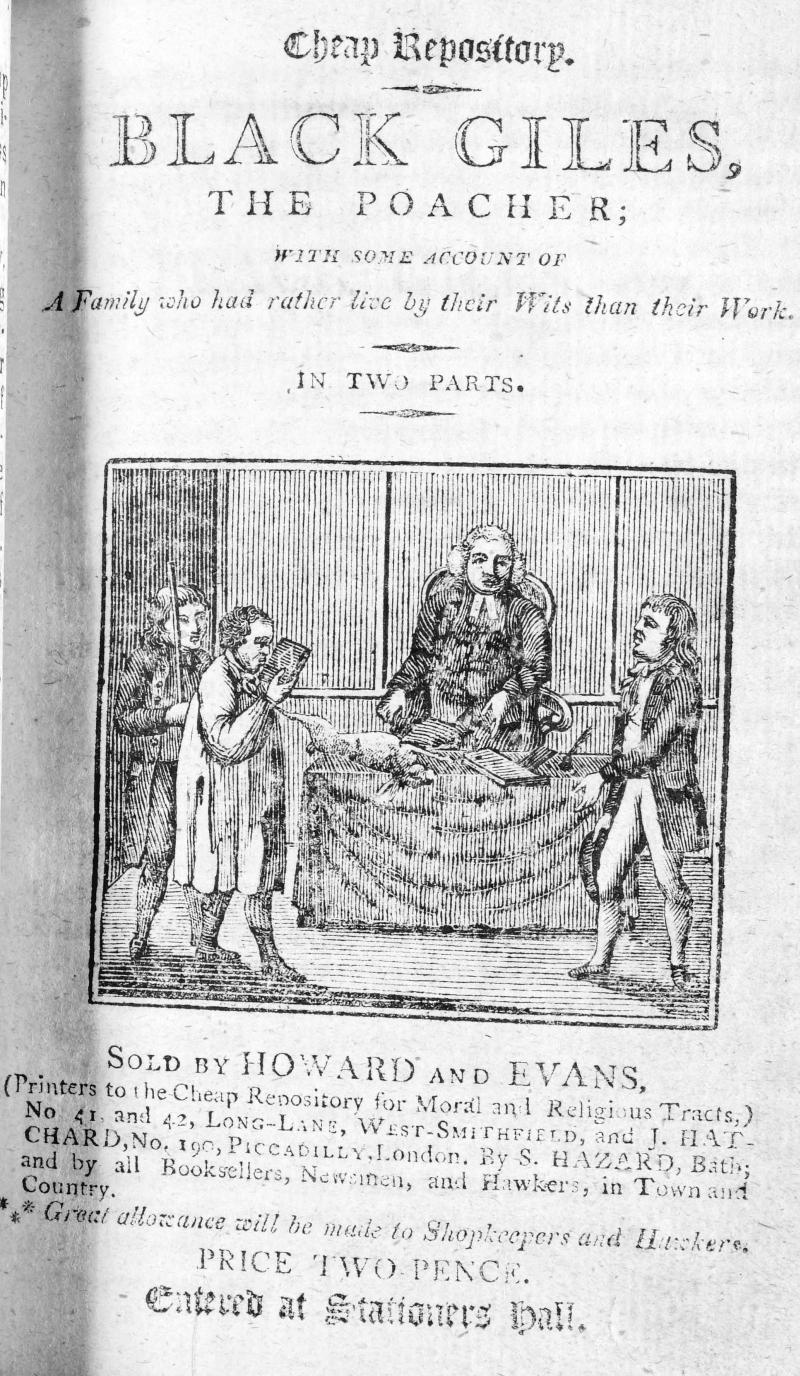 Hannah More (2 February 1745 – 7 September 1833) was an English religious writer and philanthropist. She can be said to have made three reputations in the course of her long life: as a poet and playwright in the circle of Johnson, Reynolds and Garrick, as a writer on moral and religious subjects, and as a practical philanthropist.

Hannah More's first literary efforts were pastoral plays, written while she was teaching at the school and suitable for young ladies to act, the first being written in 1762 under the title of The Search after Happiness; by the mid-1780s over 10,000 copies had been sold. Metastasio was one of her literary models; on his opera of Attilio Regulo she based a drama, The Inflexible Captive.

Hannah More published Sacred Dramas in 1782 and it rapidly ran through nineteen editions. These and the poems Bas-Bleu and Florio (1786) mark her gradual transition to more serious views of life, which were fully expressed in prose, in her Thoughts on the Importance of the Manners of the Great to General Society (1788), and An Estimate of the Religion of the Fashionable World (1790). By this point she was intimate with William Wilberforce and Zachary Macaulay, with whose evangelical views she was in sympathy. She published a poem on Slavery in 1788, and was for many years a friend of Beilby Porteus, Bishop of London and a leading abolitionist, who drew her into the group of prominent campaigners against the slave trade such as Wilberforce, Charles Middleton and James Ramsay, based at Teston, Kent.--Wikipedia.