Towards the Last Spike. A verse-panorama of the struggle to build the first Canadian transcontinental from the time of the proposed Terms of Union with British Columbia (1870) to the hammering of the Last Spike in the Eagle Pass (1885). 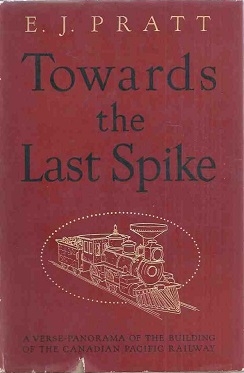