Banff National Park: The Story of the Mountains 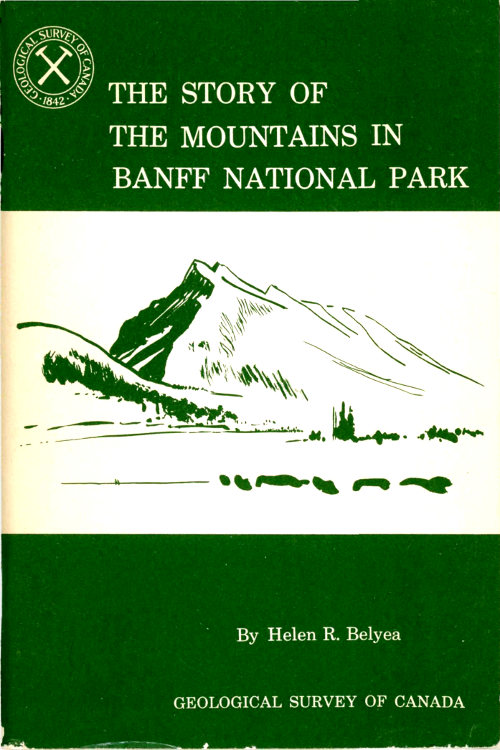 Helen R. Belyea (1913-1986) was a Canadian geologist best known for her research of the Devonian system of the Paleozoic era. Born in Saint John, New Brunswick, she attended Dalhousie University and Northwestern University in Illinois where she received her Ph.D. During the Second World War she served as a lieutenant in the Women's Royal Canadian Naval Service better known as the "Wrens". After the war she was hired by the Geological Survey of Canada. Due to the discovery of oil in Leduc, Alberta in 1947, she was sent there by the GSC to set up an office. Over the course of her 41 year career she published numerous papers on the Devonian system of Western Canada. The Devonian era rock strata is where the oil in Alberta resides. In 1959 she received the Barlow Memorial Medal from the Canadian Institute of Mining and Metallurgy. In 1962 she was selected as a fellow of the Royal Society of Canada and in 1967 she became an Officer of the Order of Canada. (Biographical Dictionary of Women in Science, Council of Women in Alberta)