To Marry, Or Not To Marry; A Comedy, In Five Acts 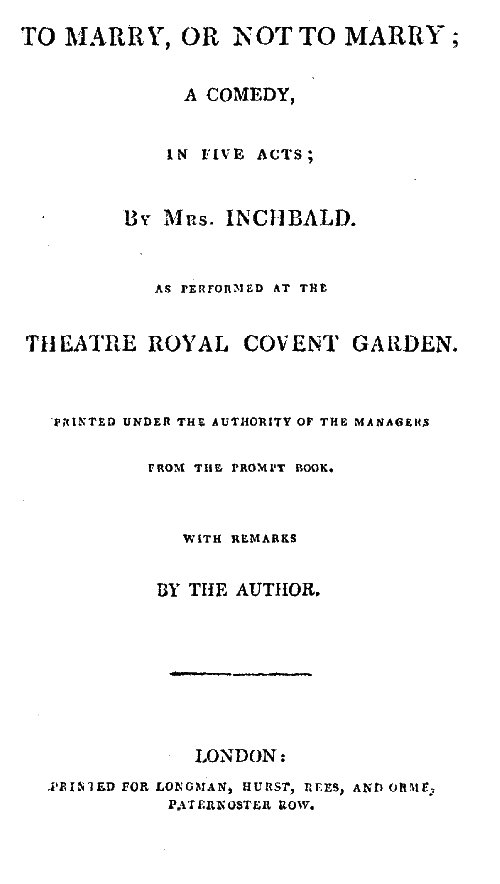