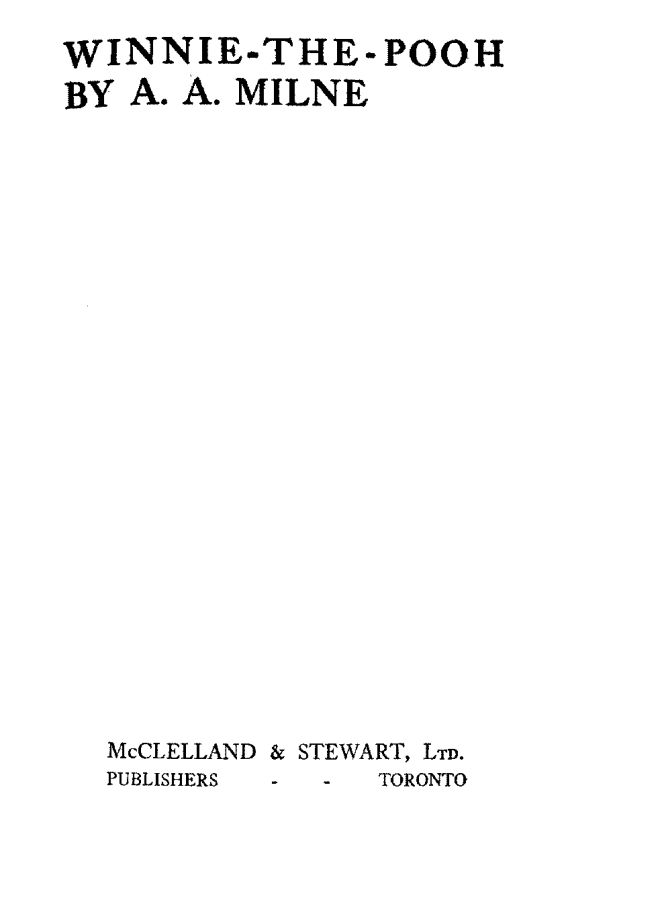 The success of his children's books was to become a source of considerable annoyance to Milne, whose self-avowed aim was to write whatever he pleased and who had, until then, found a ready audience for each change of direction: he had freed pre-war Punch from its ponderous facetiousness; he had made a considerable reputation as a playwright (like his idol J. M. Barrie) on both sides of the Atlantic; he had produced a witty piece of detective writing in The Red House Mystery (although this was severely criticised by Raymond Chandler for the implausibility of its plot). But once Milne had, in his own words, "said goodbye to all that in 70,000 words" (the approximate length of his four principal children's books), he had no intention of producing any reworkings lacking in originality, given that one of the sources of inspiration, his son, was growing older.

In his literary home, Punch, where the When We Were Very Young verses had first appeared, Methuen continued to publish whatever Milne wrote, including the long poem "The Norman Church" and an assembly of articles entitled Year In, Year Out (which Milne likened to a benefit night for the author).

In 1930, Milne adapted Kenneth Grahame's novel The Wind in the Willows for the stage as Toad of Toad Hall. The title was an implicit admission that such chapters as Chapter 7, "The Piper at the Gates of Dawn", could not survive translation to the theatre. A special introduction written by Milne is included in some editions of Grahame's novel.--Wikipedia.