The Lions' Gate and Other Verses 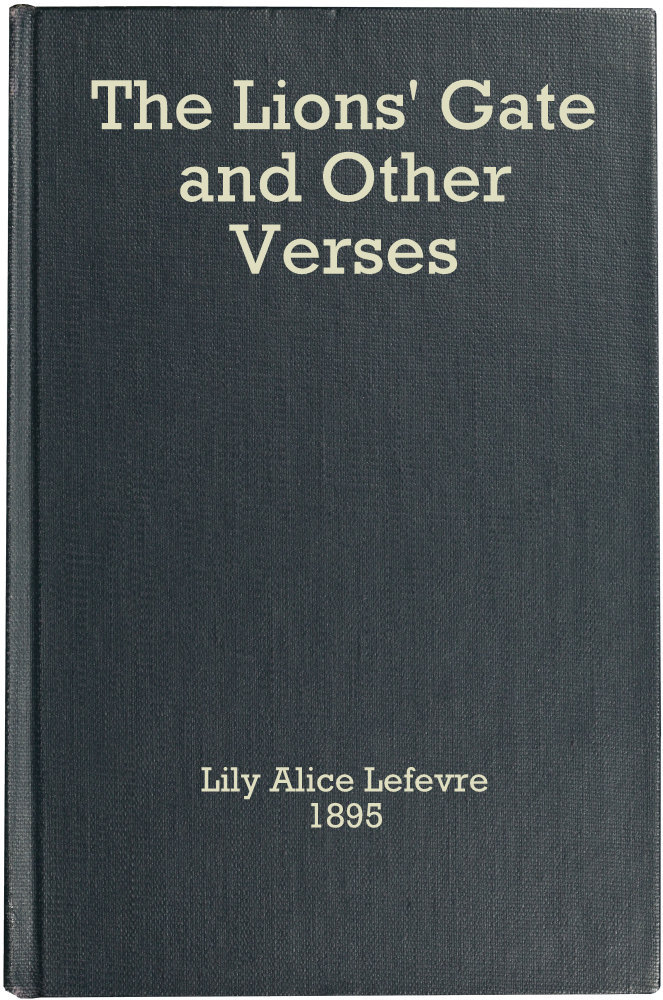 Lily Alice Cooke Lefevre (1854–1938) was a Canadian writer and poet. Born in Kingston, Ontario and educated in Montreal, she married in 1886 to Dr. John Lefevre, who worked as a surgeon for the Canadian Pacific Railway. They moved to Vancouver British Columbia where her husband worked as a doctor but also was a member of city council and was president of the Board of Trade. John died in 1906 leaving Lily with a respectable estate. She dedicated herself to the arts and helped found the Vancouver Art Gallery. She opened her home as a gathering place for writers, painters and academics. In her early life she found some proficiency in writing verse and published three volumes of her work. She was also skilful in painting. She also organized the Imperial Order of Daughters of the Empire in Vancouver on Edward VII's coronation. (Canada's Early Women Writers: Simon Fraser University)