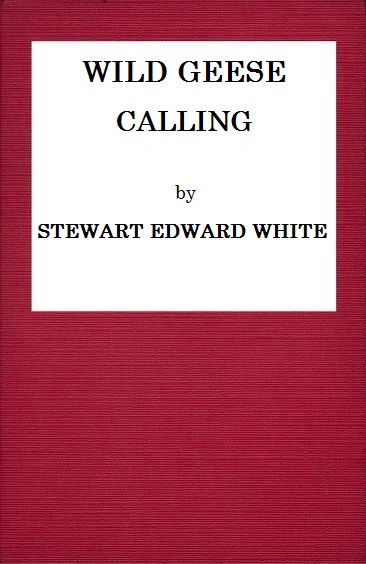 Stewart Edward White (12 March, 1873 – 18 September, 1946) American author and conservationist wrote “The Westerner” (1901), as well as many other works of a metaphysical nature, works of history, travel and adventure books, children's books, essays, and short stories.

In 1895 he received a B.A. in Philosophy and in 1903 an M.A. from Columbia University. He married Elizabeth (Betty) Grant of Rhode Island in 1904, and they were married until her death in 1939. Early on White worked as a lumberjack and was a lifelong avid outdoorsman. Enlisting in World War I, he rose to the rank of major with the 144th Artillery. One of the first white men to explore German East Africa (now Tanzania), he mapped the area in 1913, for which he was elected a Fellow of the Royal Geographical Society. He was also a member of the National Institute of Arts and Letters and of the American Academy of Arts and Letters.

His books were often of a motivational nature, and squarely based on his own life’s experiences and interviews of pioneers, fur-traders, and gold miners of the California Gold Rush. His westerns and camping journal articles included pithy and interesting details about hunting, fishing, tracking, gold-hunting, cabin-building, canoeing, and guns.

Many of his novels and stories were adapted to film. “The Long Rifle”, “Folded Hills”, “Ranchero”, and “Stampede” constituting The Saga of Andy Burnett, were adapted to several episodes of the The Wonderful World of Disney in 1957 and 1958.