Think of the Earth 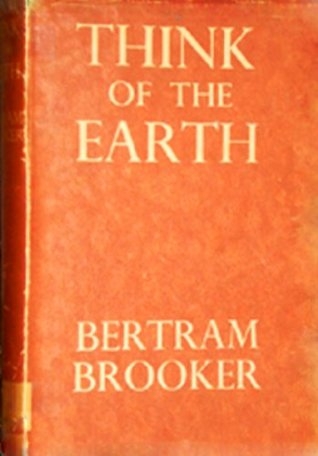 Born in Croydon, England, to Richard Brooker and Mary Ann (Skinner) Brooker, he moved to Portage la Prairie, Manitoba in 1905 with his family. In 1913 he rented a movie theatre in Neepawa, Manitoba. That same year he married Mary Aurilla (“Rill”) Porter. In 1914 he became editor of the Portage Review, a local newspaper. In 1915 he enlisted in the Royal Canadian Engineers in Winnipeg. After the war he worked for The Winnipeg Tribune, The Regina Leader-Post and The Winnipeg Free Press.

He moved to Toronto, Ontario in 1921 and joined the staff of Marketing magazine. Brooker served as the magazine's editor and publisher from 1924 until 1926. In 1923, he published his first book, Subconscious Selling. In 1929 he joined the staff of the J.J. Gibbons Advertising Agency.

In 1931 Brooker was embroiled in a controversy about nudity in art when a painting of his was removed from a gallery exhibition because it contained nudity. Brooker later wrote the essay "Nudes and Prudes" in 1931 as a rebuke.

In 1936, Brooker's novel Think of the Earth (1936) became the first work to win the Governor General's Award for Fiction.--Wikipedia.